I am often asked “how is the campaign going?” by voters in the district and by family and friends living far away.

Unsurprisingly, COVID has forced our campaign to shift dramatically—but effectively, I believe, all things considered. We do a lot by Zoom but still use our campaign office in Salt Lake City as an occasional meeting place for small groups of our staff and volunteers. We have adjusted by offering policy-specific Zoom sessions to all interested. Last week, our first, we covered health care and had a large turnout (over 80). This Wednesday, we will discuss education.

I also point out to friends that I remain … a working candidate. I am not in a position to self-fund this campaign. And have bills to pay—yes, including for ongoing repairs to that well-traveled but ever-trusty 17-yr old Toyota truck of mine. And so, I continue to teach Marines online through Marine Corps University, where I hold an endowed chair. It is a very rewarding part-time job. My current course is titled, “Home Fronts as Warfronts: The Civilian Experience in War.” Enrollment includes Marines of all ranks—sergeants to colonels and across military specialties (infantry, intelligence, logistics, and so on) and who are stationed and live in places as far-flung as Japan, Europe, North Carolina, Virginia, California, Asia, and the Middle East.

Here is the course poster, which has a photo I took in 2008 of a group of Afghan girls in Khost, Afghanistan, at a U.S.-sponsored medical clinic. 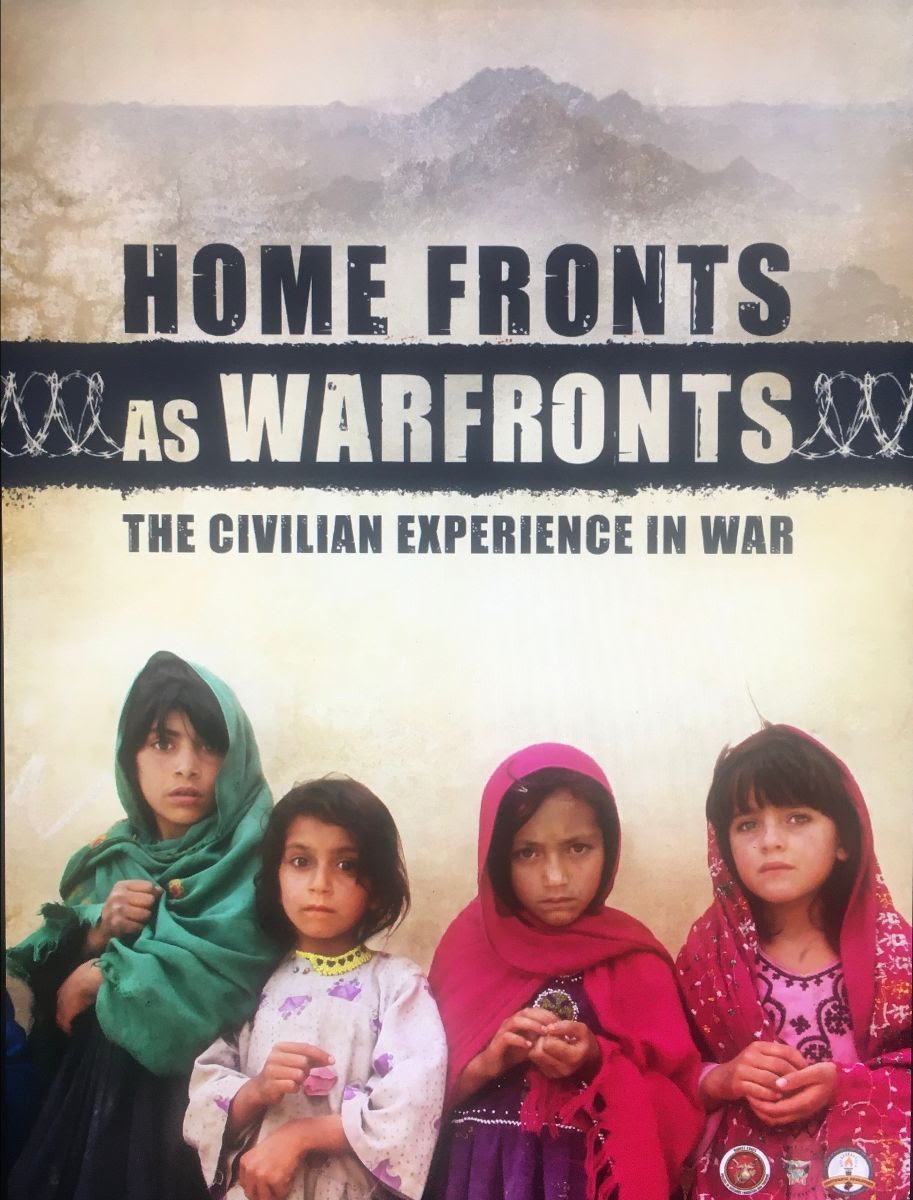 Below is part of the class introduction:

The goal of this course is to provide the student with a broad historical overview and deeper understanding of how war affects civilian populations. The first half of the course will focus on the civilian experience in the U.S. Civil War, World War I, World War II, and Vietnam. The last half will examine the ongoing conflicts in Iraq and Afghanistan. Firsthand accounts by civilians and U.S. military personnel will be integrated into readings and class material, including documentary film excerpts.

National-level policymakers and war planners have often underestimated the human costs and consequences of war. This has been particularly true at the outset of conflicts assumed to be easily “won” or short in duration. Some wars have included the eventual intentional targeting of civilian populations as a matter of wartime strategy—bombings of London, Tokyo, and Dresden among other locations during World War II.

One of the most popular parts of the course is a panel discussion of Marine veterans who served in Fallujah during the biggest battle of the Iraq War—how they experienced war at the time (when much younger) compared to now. I was there with them. The video includes the perspective of a battalion commander, junior officers, a sergeant major and many enlisted Marines. Two recorded Skype sessions I facilitated, one with an Iraqi in Fallujah and another with an Afghan in Kabul, bring home how much war and violence have affected Iraqi and Afghan families over decades.

Teaching Marines while running for office makes me a better candidate. It is a good break from Utah politics—along with my long runs in my New Balance running shoes—and reminds me why I chose to take on incumbent Chris Stewart in the first place.

We need people in government who have lived the human costs of war and how failed policies and dysfunctional government can get people killed. Iraq was that kind of failure. The administration’s failures regarding COVID, tragically, the same.

Across the district, voters often thank me for not losing sight of Congress’s proper role in checking out-of-control presidents when it comes to war & peace issues, not just on domestic matters. Small town cemeteries and war memorials across CD2 reinforce the human toll, including this one in Minersville, Utah (pop. 907), where my grandmother grew up. (She was a Carter—note how many Carter Family veterans are listed.) 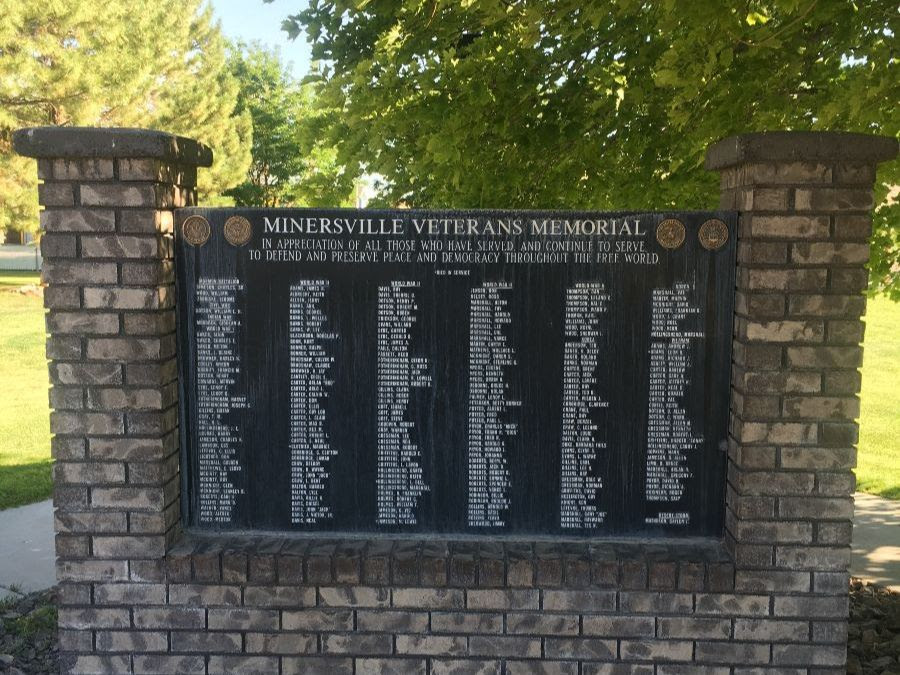 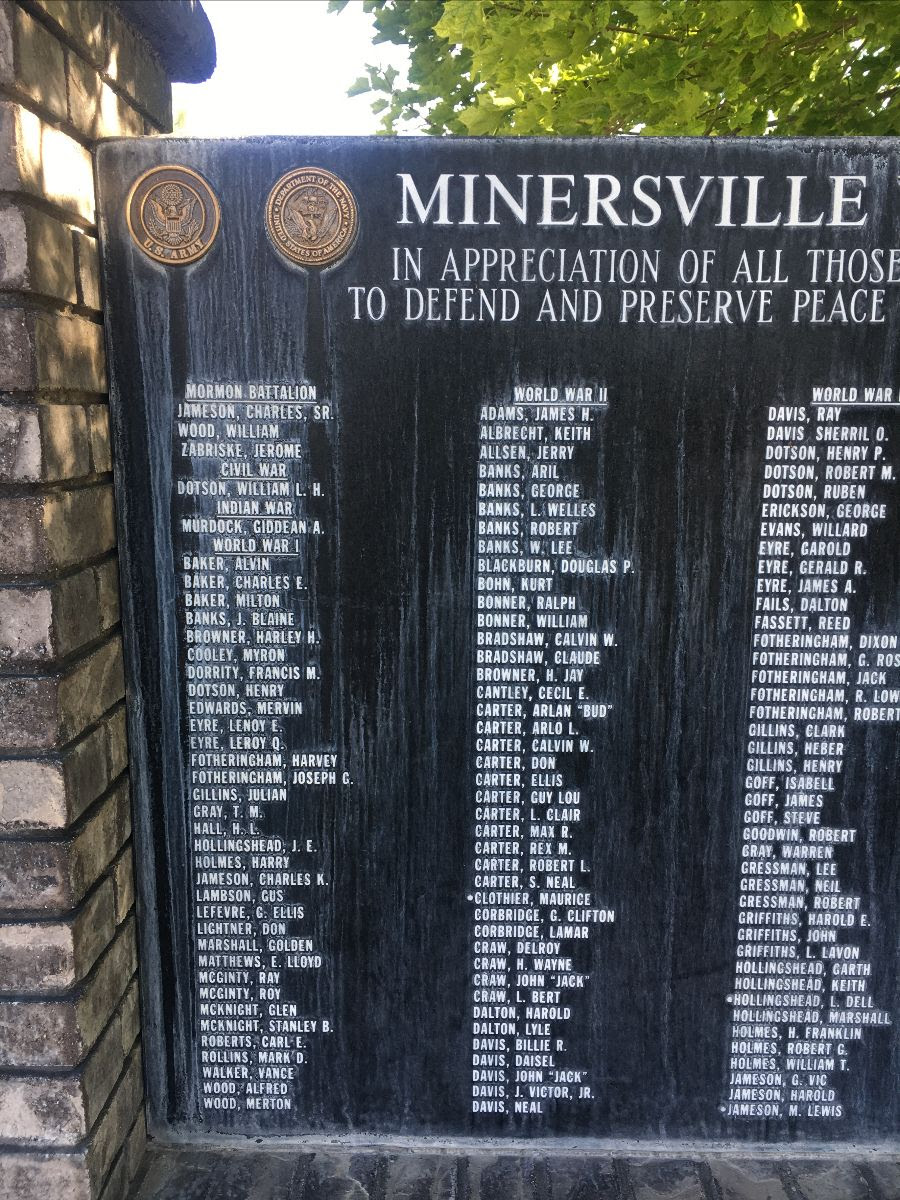 Your support in this campaign will help make it more likely that someone who somehow survived seven consecutive years in two wars can take that experience with him to Washington. I am running on health care, jobs, accountability in government—but also to make sure the U.S. never starts another unnecessary war.

I also hope you will take the time to read these two OpEds that I wrote, published by New York Times. One is co-written with a retired Marine 3-star general. Each piece shows how important it is to have commanders in chief of character, conscience, and wisdom. I would argue the same holds true for Members of Congress.

“Defending Us from Our Dark Side”

“What Message is Trump Sending Troops?”

And if you happen to have a copy of my book, please read or re-read the chapter titled, “When Senators and General Talk” (it covers Congressional Delegation visits to Iraq and Afghanistan), which has this epigraph:

GENERAL JACK D. RIPPER: Mandrake, do you recall what Clemenceau once said about war?

GROUP CAPTAIN LIONEL MANDRAKE: No, I don’t think I do, sir, no.

Thank you for your time and ongoing support, which has enabled this writer-teacher-candidate with a part-time day job to work with a great team as we see real momentum three months from Election Day.

If I am elected, there will be a strong voice in Washington to ensure that U.S. policy matches the sacrifice of our troops and their families. A congressman who will also always take into account the people who live in distant lands that never get a vote in our elections … but often pay a big price, too, when we get our elections dead wrong.

Together, we can begin the repair work at home and abroad on November 3rd.