Kael Weston, a resident of Salt Lake City, is seeking the Democratic Party nomination in Utah for the U.S. Senate.

In 2020, Weston was the Democratic candidate in Utah’s 2nd Congressional District against Republican Chris Stewart. He received 37% of the vote in a gerrymandered district that encompassed 14 mostly rural Utah counties, almost half the state geographically. During that campaign, Weston traveled over 8,000 miles in his old truck. Weston sought out meetings with Republican and unaffiliated voters, not just Democrats, including attending county commission meetings. During Sean Hannity’s and Glenn Beck’s programs, he put on radio ads across southern Utah about keeping rural post offices open and the importance of rural healthcare.

Weston is a native of Utah, with deep family roots in rural Milford, Utah (pop. 1,731) that go back to the 19th century. He is the grandson of a lifelong Union Pacific Railroader and small-town furniture store owners, son of a retired elementary school teacher, his mother, and of a Downwinder, his dad. Weston’s father passed away from cancer in May 2021 at Huntsman Cancer Institute. His late uncle served as a Beaver County Commissioner (a Democrat) for over three decades.

Weston is a former U.S. State Department official. For over a decade, he represented the U.S. Government in various capacities, most of that time in two war zones. In New York, while at the U.S. Mission to the United Nations, Weston served as the U.S. representative on the Al Qaeda & Taliban Sanctions Committee. In Iraq, he was the State Department representative in Fallujah, including during and after the biggest battle in that war. In this role, he and Marine leaders were responsible for rebuilding the city’s infrastructure, facilitating the return of hundreds of thousands of Fallujans back into the city, establishing a new city council despite numerous assassinations of local politicians, and working closely with Iraqi governors in Ramadi and central Iraqi government representatives in Baghdad. Several nation-wide elections and a constitutional referendum were held across Iraq during this time.

In Afghanistan, Weston served as the U.S. representative in Khost Province, a dangerous region adjacent to Pakistan and one-time home of Osama bin Laden and where he partnered with the provincial governor, tribal elders and religious leaders. He helped prioritize over $50 million dollars in U.S. reconstruction funds. In Helmand Province, he worked closely with a Marine commanding general. Together, they oversaw the frontline strategy guiding the deployment of approximately 20,000 U.S. troops in the Taliban-filled area where many American service members were killed-in-action and wounded.

For his multi-year civilian service in the Iraq War alongside U.S. Marines, Weston was awarded the Secretary of State’s Medal for Heroism, one of the U.S. State Department’s highest honors.

In reviewing Weston’s nonfiction book, The Mirror Test: America at War in Iraq & Afghanistan (Knopf, 2016) about his time in the wars, James Traub wrote for the New York Times Book Review:

As the wars in Afghanistan and Iraq have begun to dwindle, however fitfully, in the national rearview mirror, they have come to be regarded not as, respectively, “the war of necessity” and “the war of choice,” or “the right war” and “the wrong war,” but rather as the two leading specimens of a catastrophically mistaken era of intervention. Realist scholars like Michael Mandelbaum and critics of American power like Andrew Bacevich tell us that the failure of such “nation building” efforts was foreordained — and richly deserved. If that’s right, perhaps the time has finally come to abandon our reformist mission civilisatrice.

J. Kael Weston may be better suited to answer this question than any man alive. He spent seven harrowing years on the front lines of both wars as a State Department official serving as a political adviser to American troops. Some readers may recognize his name, for Weston is the civilian hero of “Little America,” Rajiv Chandrasekaran’s book about Obama’s counterinsurgency effort in Afghanistan — a diplomat of great bravery, erudition and heart who befriended Afghans and stood up to his own superiors.

The author of “The Mirror Test” is recognizably that figure. Weston chose to spend three years in the Mad Max inferno of Falluja, much of it in a tiny post where he was the only civilian embedded with two dozen Marines. He had a front-row seat for the slaughter that ensued when American forces were ordered, in 2004, to retake the city from insurgents, obliterating much of it in the process. Weston essentially assigned himself the job of finding local partners willing to work with Americans to rebuild Falluja in exchange for endless stacks of American money, and, even more urgently, to function as the city’s informal government.

Weston’s book was selected by the New York Times as an Editors’ Choice and designated a top book of the year by The Military Times. Terry Gross interviewed Weston about his book on her program, FreshAir.

After leaving the State Department, Weston has been teaching at Marine Corps University, where he holds an endowed chair in Insurgency and Terrorism. He has also taught at Westminster College and the University of Utah. Weston has written for the New York Times, Washington Post, Wall Street Journal, Foreign Affairs, and has been frequently interviewed by NPR about national security.

Weston writes regularly for the Salt Lake Tribune and has also had opinion pieces published in the Deseret News. He is a member of Salt Lake County’s Open Space Trust Committee.

Read what others say about Kael Weston.

Listen to those who know Kael best talk about his character and perseverance.

Interview with Terry Gross on Fresh Air. “‘Mirror Test’ Reflects On The Consequences Of The Wars In Iraq And Afghanistan,” May 25, 2016.

“The first emails from Iraq landed in John Kael Weston’s inbox while he was eating breakfast at a Utah ski resort. Islamic Statefighters had just seized Fallujah, and the former State Department diplomat fired off a worried message to the Iraqi policeman who helped him over and over again during the war’s darkest days.

“‘Are you and your father and family ok?’ Mr. Weston asked Saad Abu Fahad. The American and Iraqi were neighbors in Fallujah, taught each other about their country’s politics and always stayed in touch by email.”

“The Taliban grenade that whizzed overhead was John Kael Weston’s first indication that this town might not be ready for an influx of diplomats, agriculturalists and economic-development specialists.

“The U.S. State Department official visited Marjah on Friday to see whether the week-old allied military offensive had made enough progress to allow the U.S.-led coalition and the Afghan government to launch their main mission: Reintroducing Afghan civilian rule to a town that has been under Taliban control. . . .”

“Weston’s willingness to take on the White House and call in chits with generals, all for a lowly grunt he didn’t know, was hardly surprising to those who have served alongside him in the nastiest corners of Iraq and Afghani­stan. Many of his fellow diplomats re­fused to stir trouble, lest they be denied cushy postings in Europe after their war-zone tours. But Weston had no interest in cocktail parties or a long career in the Foreign Service—and no qualms about fight­ing for the interests of ordinary Afghans, Iraqis, and Americans, whether it meant crossing his bosses at State, powerful lo­cal chieftains, or four-star commanders.”

“Weston stands alone in the annals of modern American diplomacy. He spent more time in Iraq and Afghanistan—seven consecutive years—than any other State Department officer. . . . he was a political adviser to com­bat units on the battlefield, where he forged uncommonly honest and effec­tive relationships with top command­ers, giving him unrivaled influence in shaping war policy on two fronts. . . . When other officers asked Maj. Gen. Larry Nicholson, who commanded a Marine brigade in Afghanistan, why he brought Weston on every trip and into every meeting, he told them his po­litical adviser was “the sharpest civilian I know.”

“‘Among Americans there is no shared scar tissue from the wars,’ said J. Kael Weston, a former State Department official who served in Iraq and Afghanistan alongside General Nicholson and has been part of the network. ‘A culture gap opened up.'”

We Can Reduce Ukrainian Suffering

Move Back from the Edge

What a Difference an Election Makes

Leave Division and Distrust in the Past

Politics of Division Have No Place (w/ Shireen Ghorbani)

Kael’s guiding values are Better Neighbors and Country over Party.

Donkeys in the Desert was the chapter of Democrats Abroad that Kael founded when he was stationed in Iraq. Read more about why Kael believes in Democratic values. 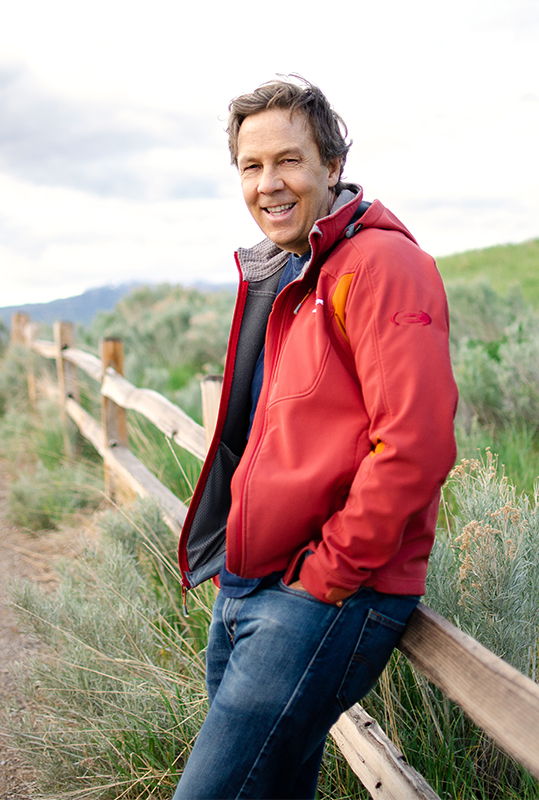