Chris Stewart Says He Supports Workers…But Does He? 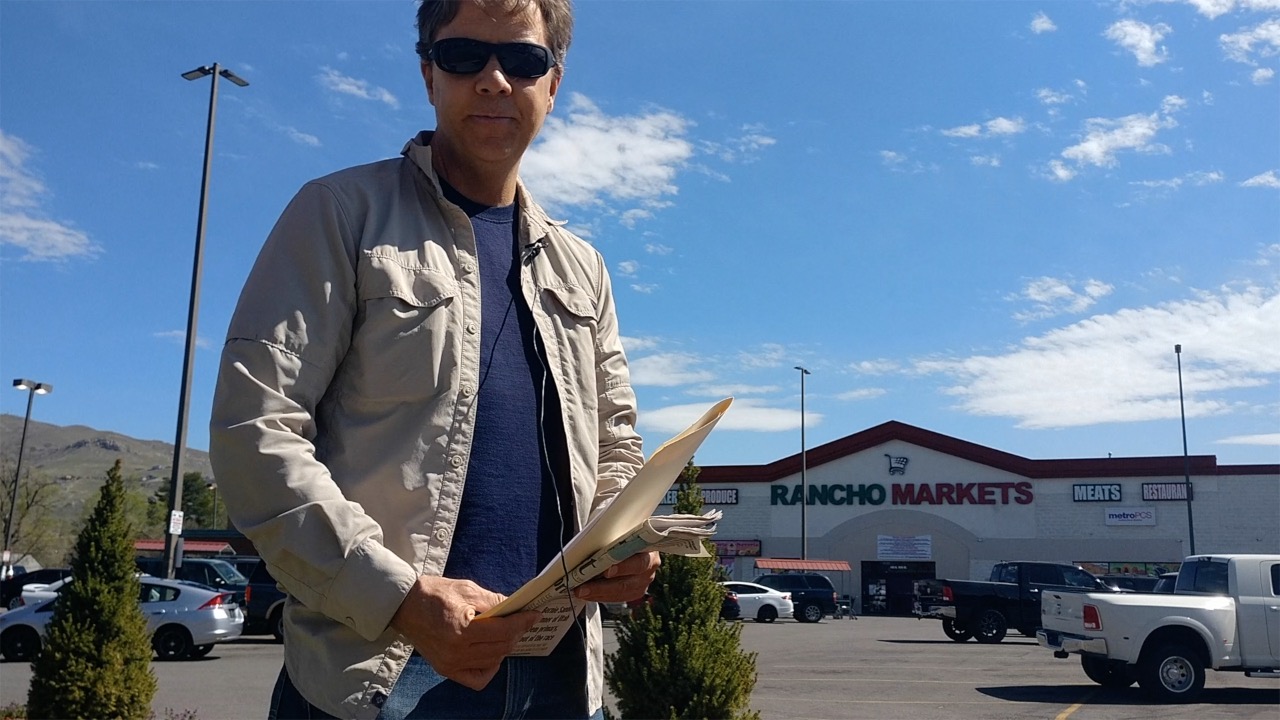 16 Apr Chris Stewart Says He Supports Workers…But Does He?

I wrote a letter to Chris Stewart at the end of March, requesting that he clarify some of his positions regarding the government response to Covid-19; as of today he has not responded. He has released numerous statements over the past couple of weeks, however, that require some push back. We all agree that we need to look out for front line workers, but we differ on what that help should look like, and we also need to look at the record, to hold Stewart accountable for votes in the past that have contributed to the situation workers find themselves in today. Last weekend we visited West Side and Downtown locations in Salt Lake City to talk about Chris Stewart’s record and how policy directly effects the lives of workers.

A Letter to Chris Stewart:

Thank you for holding a telephone town hall last night, which was informative but insufficient in key areas. I called in and listened to the important questions Utahns asked, which were reflective of the serious concerns all of us have about how our government, at all levels, is — or is not — responding to the COVID-19 pandemic.

I write to you as a candidate for the Democratic nomination in Utah’s 2nd Congressional District.

In order to address the public’s concerns that I too am hearing, I would appreciate knowing your position on the following:

1) President Trump recently stated that he believes the emergency public health situation will be resolved by Easter: do you agree?

2) Should President Trump fully take advantage of the authorities that he has under the Defense Production Act to mobilize significant and unique national resources? If not, why not?

3) Which parts of the Democratic plan in the relief package, with its focus on workers, do you support?

4) Should the state of Utah, like other states, take additional “lockdown” steps to safeguard public health beyond those already initiated?

In your responses to Utahns’ questions, I was most surprised by your focus on the economic costs of the pandemic — not the human toll or sense of urgency. The caller at the end of your telephone town hall highlighted this point.

I hope that you will find the time to respond to my questions. I am writing this letter to you not only as the potential Democratic
candidate for Utah’s 2nd Congressional District but also as a concerned constituent.

I have enclosed a full summary of President Trump’s comments that downplayed the threat of this virus, as compiled by FactCheck.Org.

“This is a pandemic,” President Donald Trump said at a March 17 press conference. “I felt it was a pandemic long before it was called a pandemic.”

While it’s not possible to know what Trump “felt,” there’s no doubt that Trump had minimized the threat of the new coronavirus for weeks in statement after statement.

Here’s what the president said in public remarks, interviews and tweets from Jan. 22 to March 10 -– one day before the World Health Organization declared the global outbreak a pandemic.

Jan. 30: “We think we have it very well under control. We have very little problem in this country at this moment — five — and those people are all recuperating successfully. But we’re working very closely with China and other countries, and we think it’s going to have a very good ending for us … that I can assure you.” — Trump in a speech in Michigan.

Feb. 10: “Now, the virus that we’re talking about having to do — you know, a lot of people think that goes away in April with the heat — as the heat comes in. Typically, that will go away in April. We’re in great shape though. We have 12 cases — 11 cases, and many of them are in good shape now.” — Trump at the White House. (See our item “Will the New Coronavirus ‘Go Away’ in April?“)

Feb. 14: “There’s a theory that, in April, when it gets warm — historically, that has been able to kill the virus. So we don’t know yet; we’re not sure yet. But that’s around the corner.” — Trump in speaking to National Border Patrol Council members.

Feb. 23: “We have it very much under control in this country.” — Trump in speaking to reporters.

Feb. 24: “The Coronavirus is very much under control in the USA. We are in contact with everyone and all relevant countries. CDC & World Health have been working hard and very smart. Stock Market starting to look very good to me!” — Trump in a tweet.

Feb. 26: “So we’re at the low level. As they get better, we take them off the list, so that we’re going to be pretty soon at only five people. And we could be at just one or two people over the next short period of time. So we’ve had very good luck.” — Trump at a White House briefing.

Feb. 26: “And again, when you have 15 people, and the 15 within a couple of days is going to be down to close to zero, that’s a pretty good job we’ve done.” — Trump at a press conference.

Feb. 26: “I think every aspect of our society should be prepared. I don’t think it’s going to come to that, especially with the fact that we’re going down, not up. We’re going very substantially down, not up.” — Trump at a press conference, when asked if “U.S. schools should be preparing for a coronavirus spreading.”

Feb. 27: “It’s going to disappear. One day — it’s like a miracle — it will disappear.” — Trump at a White House meeting with African American leaders.

March 4: “[W]e have a very small number of people in this country [infected]. We have a big country. The biggest impact we had was when we took the 40-plus people [from a cruise ship]. … We brought them back. We immediately quarantined them. But you add that to the numbers. But if you don’t add that to the numbers, we’re talking about very small numbers in the United States.” — Trump at a White House meeting with airline CEOs.

March 4: “Well, I think the 3.4% is really a false number.” — Trump in an interview on Fox News, referring to the percentage of diagnosed COVID-19 patients worldwide who had died, as reported by the World Health Organization. (See our item “Trump and the Coronavirus Death Rate.”)

March 7: “No, I’m not concerned at all. No, we’ve done a great job with it.” — Trump, when asked by reporters if he was concerned about the arrival of the coronavirus in the Washington, D.C., area.

March 10: “And we’re prepared, and we’re doing a great job with it. And it will go away. Just stay calm. It will go away.” — Trump after meeting with Republican senators.