A quick campaign update based on a remarkable—and not in a good way—set of comments by my opponent, Chris Stewart. Yesterday, he appeared on a Zoom session sponsored by the conservative Sutherland Institute. I listened in, as did members of our team. You can watch the whole session on the Sutherland Institute Facebook page.

In keeping with his “Election Year Stewart” metamorphosis of late, Stewart said he wanted to switch subjects. Instead of discussing the advertised topic of National Security: America’s Role in the World, he focused on the divisions in our country and the importance of the U.S. maintaining our international alliances. It was as if Stewart believed he could literally remake his record on the spot.

In meandering comments, he left out the well-documented and recurring role that both he and Donald Trump have played in the deep divisions inside our country and around the world.

Also jarring was the claim by Stewart that he is worried about our country committing “national suicide” because of the civil unrest. He went on to criticize the “rewriting of history” and questioned how people could see “the riots and to excuse that as protests when they are not.” 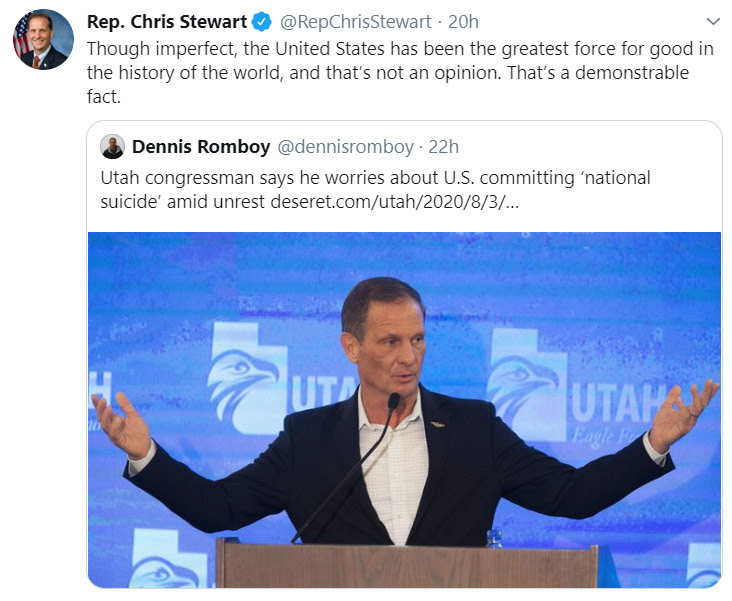 He also said, without any evidence, that China might have intentionally let COVID-19 spread. This unsubstantiated claim is an echo of the White House and meant to distract from Trump-Stewart and GOP political malfeasance that has led to over 150,000 deaths in the U.S.

The incumbent talked as if Donald Trump and Chris Stewart himself were harmless bystanders rather than what they actually are: the initiators of the deep and repeated deceptions that have led to our current Disunited States of America.

In the chat box, I asked a couple of questions. 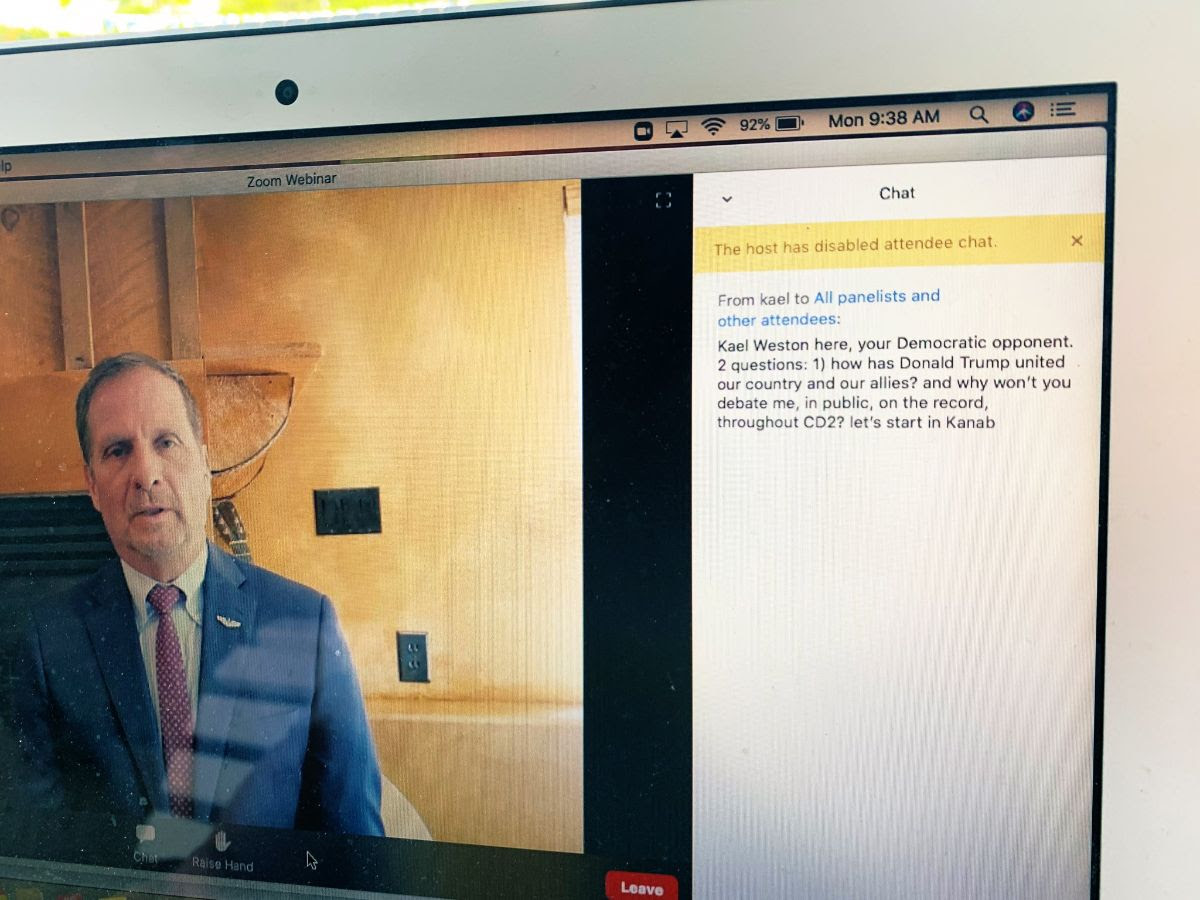 The Sutherland moderator unsurprisingly opted not to present them to Stewart and disabled the chat function. One local paper, The Deseret News, did include a reference in their story.

Stewart’s duplicitous performance should remind us all of the importance of November 3rd. Election Day is about helping to bring our country back to a semblance of civility and character.

These initial steps will be hard—but our repair work at home and overseas must begin with a clear vote against the politics of fear, division, and hate. 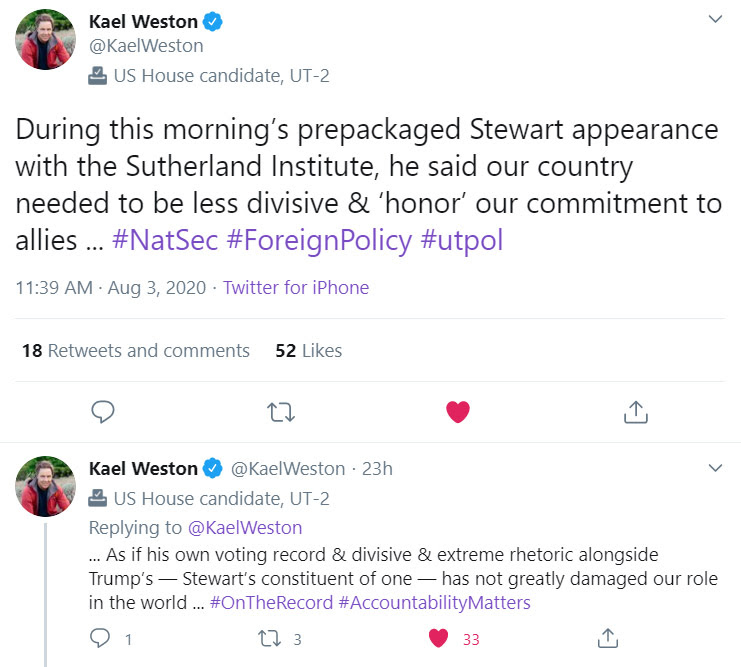 That is the corrosive politics of Donald Trump and Chris Stewart. We must end it. That is why I am running for office. And that is why Chris Stewart is trying to run away from his record.

Chris Stewart is pretending to care about national unity, whereas that exact message is our campaign logo.

It means a lot to know that we are working together toward accountability and change. Politics at its best can be about bridges, inclusion, and progress. In 2021—post-Trump and post-Stewart—that is the work we can begin to undertake in CD2, in our state and country, and internationally.