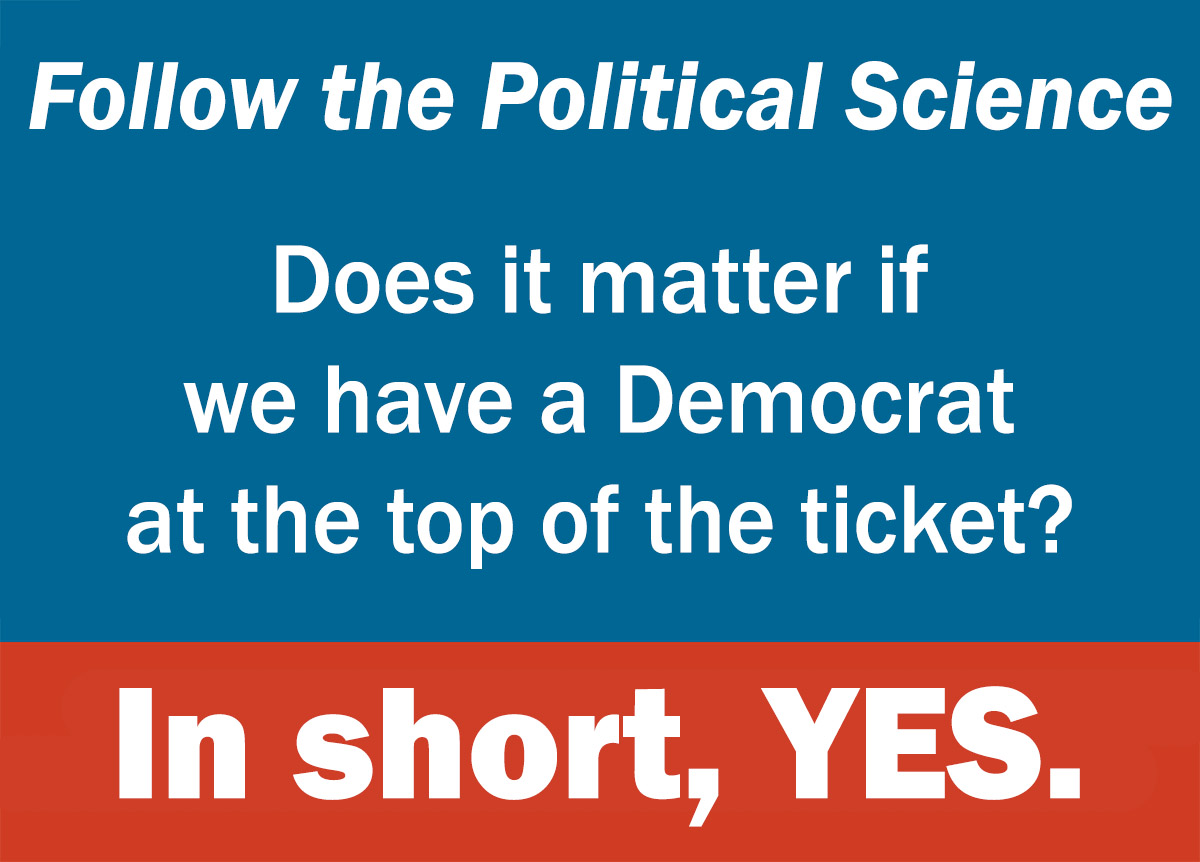 Posted at 03:55h in Democrats, Home Page by admin

Does it matter whether we have a Democrat at the top of the ticket?

Having a Democrat at the top of the ballot makes a positive difference for us by increasing Democratic turnout and reducing drop off. Without a Democrat in the U.S. Senate race in Utah this year, down ballot Democrats will get fewer votes.

Data show that when top-of-ballot races are not competitive, overall turnout decreases. The results are even worse when a party does not have a candidate in a top-of-ballot race. Voters from the unrepresented party are significantly less likely to vote in that race AND significantly less likely to vote in down ballot races. For Democrats to win, we need to get as many Democratic votes as we can get.
The best example comes from California’s 2016 U.S. Senate race where there was no Republican candidate. Many voters chose to abstain rather than vote for someone from a different party. California Republicans—the minority party—undervoted by 20 percentage points.

If Utah does not have a Democratic candidate for U.S. Senate, then we must expect a large drop off of Democratic voters that will cost us seats at other levels.

For the sake of every Democrat running, we need a strong Democrat in the U.S. Senate race.

To make the marginal gains that lead to flipping seats, we need to support all of our Democratic candidates by doing everything we can to get Democratic voters to show up and vote in every race.

Colin A. Fisk, No Republican, No Vote: Undervoting and Consequences of the Top-Two Primary System. Published by Cambridge University Press, 1 January 2021.