Chris Stewart does not represent the values of Utahns within CD2.

Stewart is all-in with Trump. He treats his job to be Trump’s representative in Utah. For too long, CD2 voters have been left unrepresented. 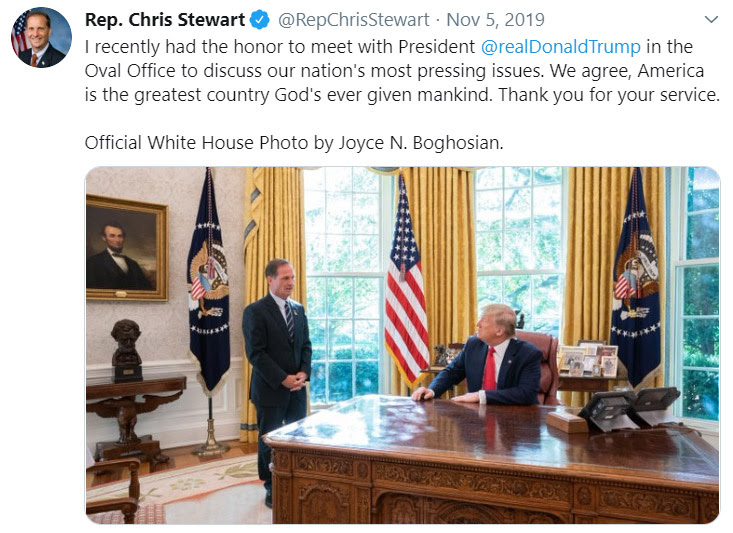 It is time to change that and hold Stewart accountable on November 3rd. He remains unpopular (polling between 38-44%) and is beatable.

Chris Stewart has been on the wrong side of three different Supreme Court rulings in the past week alone: DACA, LGBTQ discrimination, and reproductive choice. He continues to avoid the hard problems we are currently facing and instead has focused on the well-being of … statues and the re-opening of Zion National Park despite a large increase in COVID-19 cases in Utah.

Chris Stewart serves a constituency of one: Donald Trump. He has long forgotten who he works for—the people of Utah.

The difference between candidates could not be bigger this election.

Kael believes in country over party—and has lived that belief while representing our country for over a decade in the U.S. State Department, including seven consecutive years in Iraq and Afghanistan. He will make Utahns proud to have him as our congressman.

Make a donation today and invest in the change that we need—firing a Trump lackey and hiring a patriot. 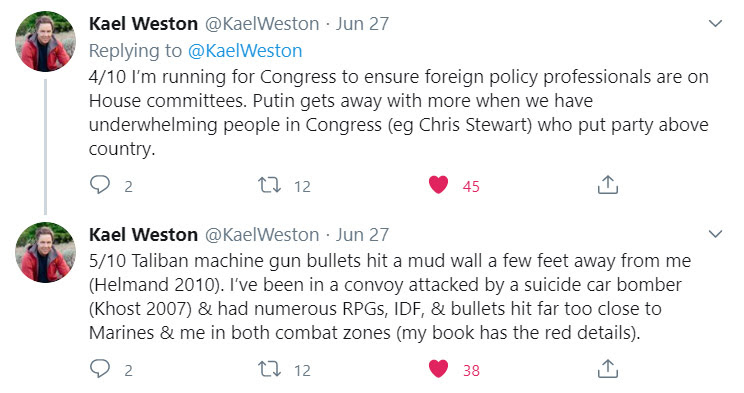 When it comes to crucial questions surrounding U.S. national security and the war in Afghanistan (and the explosive revelations of this weekend concerning Russian government bounties on U.S. troops), Kael has serious foreign policy experience to hold Stewart and Trump accountable through November 3rd.

American ambassadors and diplomats and U.S. Marine generals and veterans have given their support to Kael’s campaign. We hope that you will too at this critical time.