Our campaign continues to reach out personally to CD2’s spread-out residents, most recently along the westernmost edge of Utah. Callao, a collection of about 20 ranching families, is as a remote a place, lunar-like, as I have ever taken my old truck. Following the Pony Express National Historic Trail to get there is very bumpy and very dusty—and worth it. 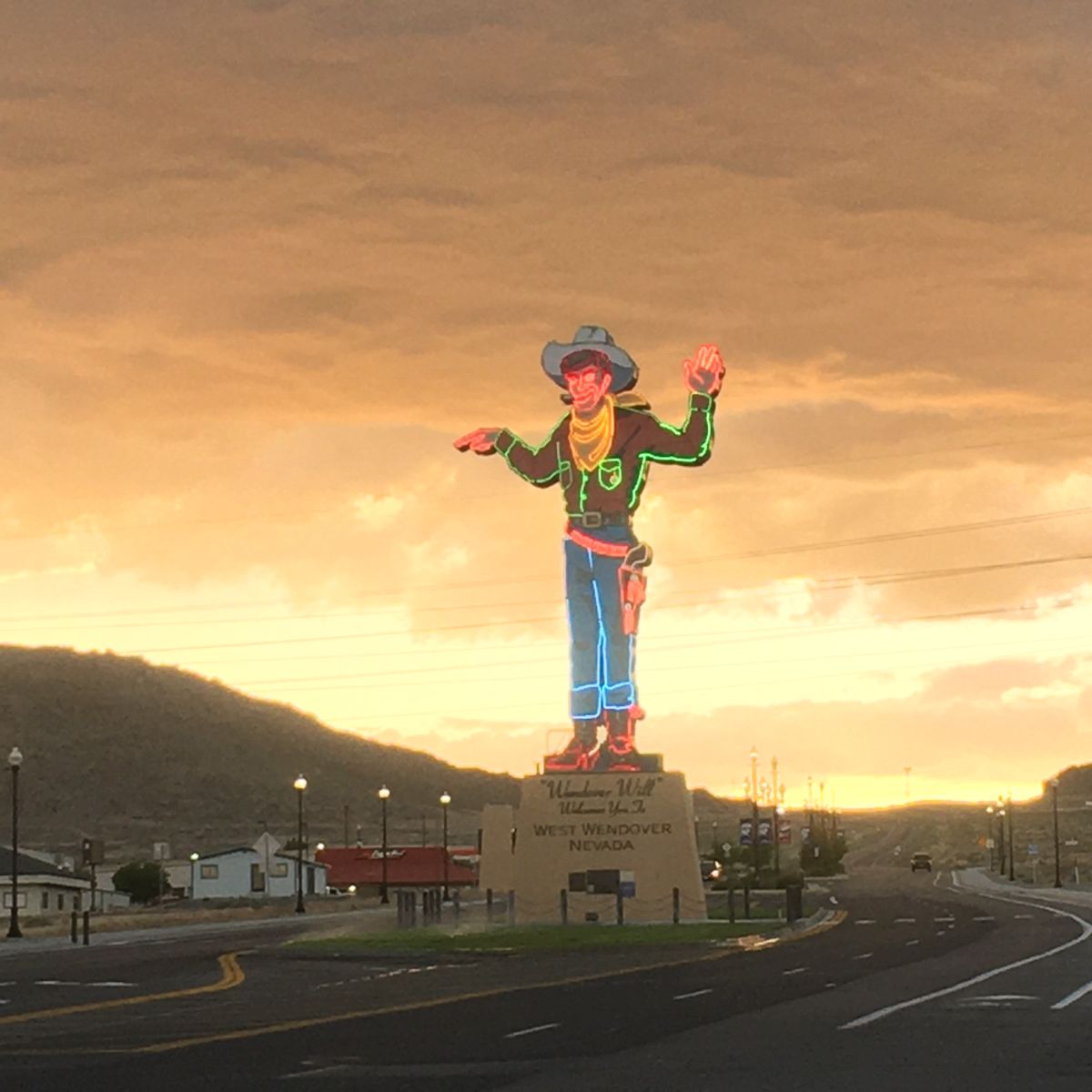 If you go, gas up in Wendover, take a 4×4, and have plenty of water. And maybe a good book, in case you get stranded. There is no cell reception for almost 2.5 hours across this part of Utah’s West Desert. The journey to Callao and back proves the Beehive State is the second-driest in the country.

Callao, Utah: No missiles and don’t take our water

Annette Garland hosted us in late May for a long afternoon conversation across her farmhouse’s kitchen table as a stalled high-pressure system overhead guaranteed near-record heat. She is a former teacher (one-room schoolhouse, few students) who moved to Callao four decades ago after being raised in Bountiful and attending BYU. “Yes, mine is the old story of the teacher meeting and then marrying the rancher.” By 1981, activism by Annette, her late husband, Cecil, and ranching neighbors had helped end the MX Missile program. It would have put nuclear warheads on rail lines and transported the weapons between empty rural silos. This MAD (Mutually Assured Destruction) Cold War plan of cat-and-mouse was, fortunately, short-lived.

More recently, Annette has fought to keep Las Vegas’s would-be water titans from tapping into the area’s aquifer. Ranchers’ horses used to get stuck in the valley’s swampy areas. No longer. With the help of intrepid lawyers and other regional activists, West Desert water warriors have so far been successful in beating back Nevada money and further encroachment.

Annette also told us “strange things happen at night out here.” U.S. Air Force jets often fly overhead—and one did, with a loud roar, as we talked. The U.S. military once told her to stay off her private property until they had retrieved a downed drone. One Air Force officer said he knew “exactly what time” she drove certain roads and the color of her vehicle—an eye-in-the-sky comment she found unsettling. 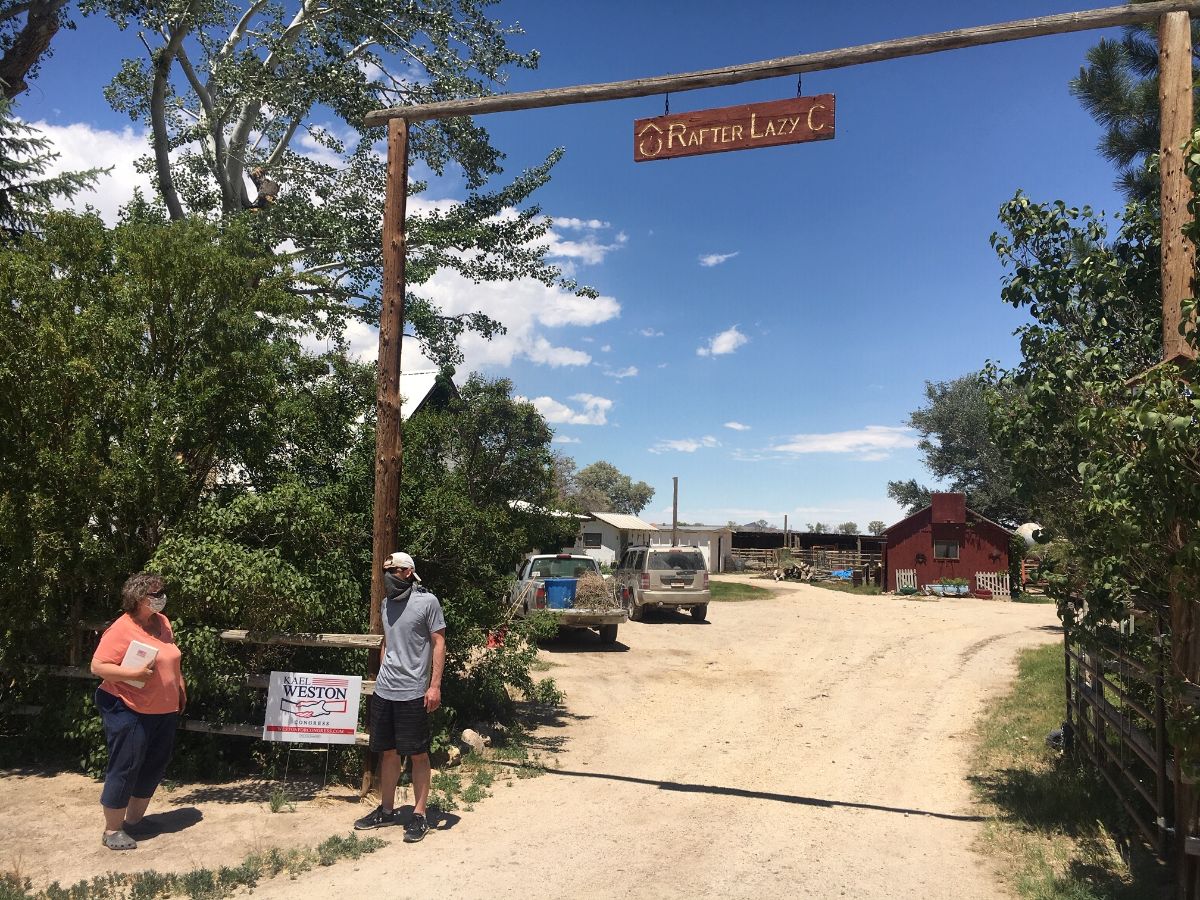 Since Dugway Proving Ground and the enormous Utah Test and Training Range (2,675 square miles of ground space and over 19,000 square miles of air space) are in the district, we said we would follow up and seek a meeting with local Air Force officials. It should help that in my prior State Department career I had the highest-level security clearance (TS-SCI) the U.S. government gives and our Tech Director, Tai, is a Marine combat veteran. In New York City in 2013, I debated a former 4-star chief of staff of the U.S. Air Force regarding the use of drones, which is good background for blunt discussions about important national security matters that might follow.

More about Annette: raised Republican, she had viewed herself as a staunch independent for many years, but said she would be supporting me this election. A campaign yard sign was soon stuck into the dry ground just under the ranch sign out front of her home that reads, “Rafter Lazy C.” She said Chris Stewart needs to be defeated, plain and simple. After raising kids with no television in the home, she now makes sure to watch Nicole Wallace’s afternoon show on MSNBC (another reformed Republican, Annette noted with a smile).

Beyond Callao, the expansiveness of Utah’s West Desert is imposing. Visualize the commute to Delta, Utah (pop. 3,554). Rutted roads. Ravens gliding overhead as lizards scatter under sagebrush. No radio signals. No cell coverage. After the lengthy journey, we arrived at our next stop, the Topaz Museum, in Delta, a modern structure set along a conventional small-town Main Street. Closed because of COVID-19, we made our way to the actual site of the former World War II internment camp. Located just outside town, it was one of ten across the U.S., which became the new home—behind barbed wire and guard towers—to thousands of Japanese-Americans forcibly removed by presidential executive order from the west coast. 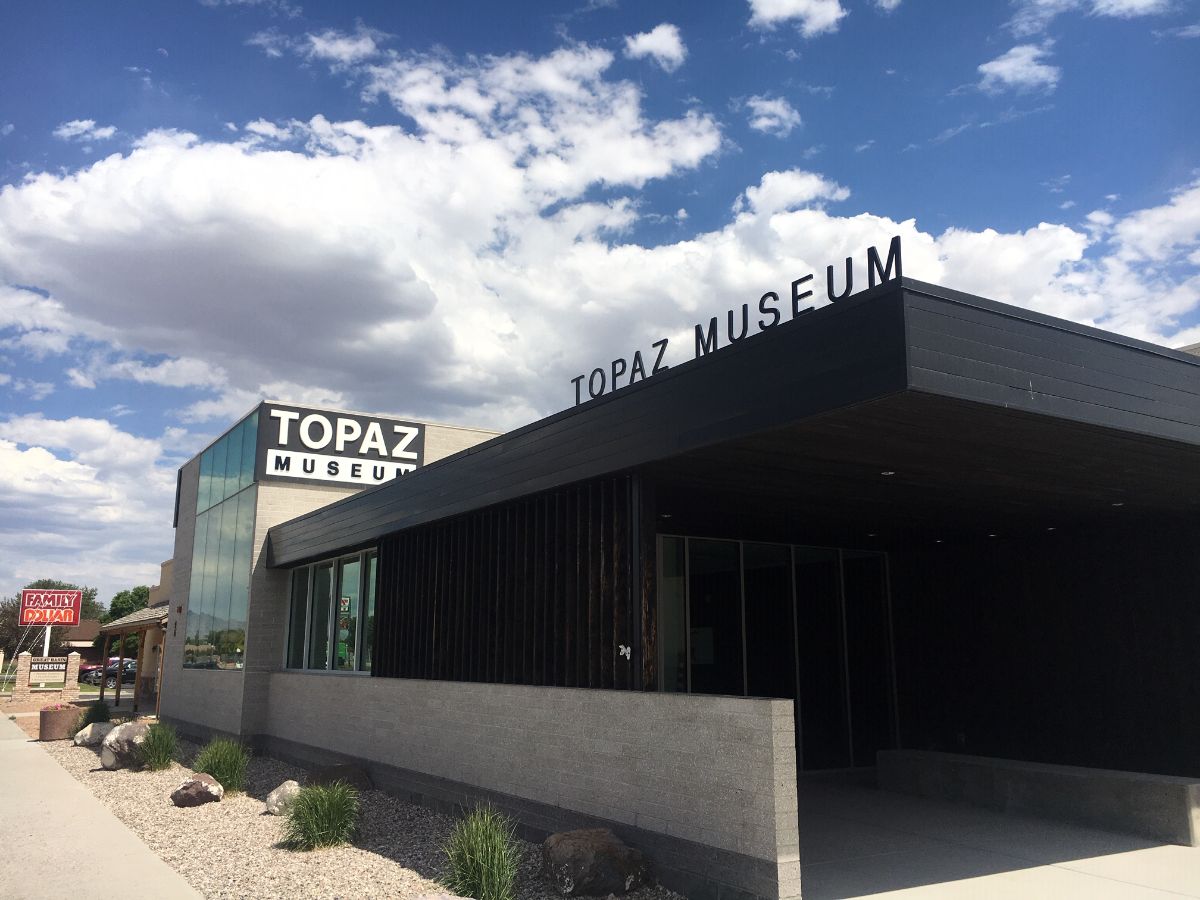 As a student of history, and now as a candidate running to represent this district, I believe it important that I speak to the scars in CD2, not only its stunning geology and geography. Topaz is arguably the greatest. I wrote about the place and its ghosts in my book (published in 2016), in the chapter titled, “To Monument Valley.”

“Driving along flat fields, I almost missed the turnoff, but then I saw a green sign with a big white arrow: ‘Topaz Relocation Site.’ The word ‘relocation’ struck me a bit Orwellian, a bureaucratically neutered term. The Japanese-American citizens who ‘relocated’ to Utah had no choice … I remembered how Fallujans were forced to abandon their homes just before Operation Phantom Fury, which we renamed New Dawn.” 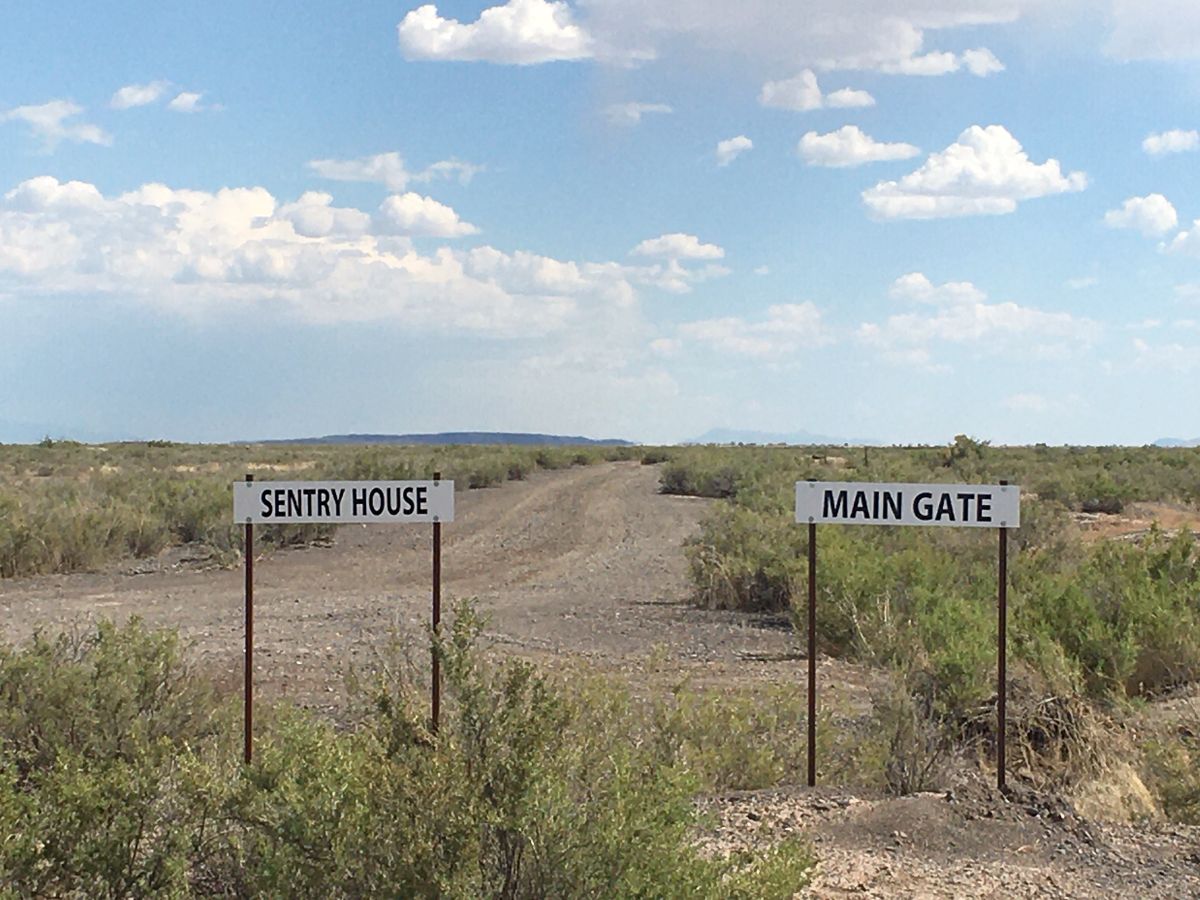 “As I left my footprints amid the sagebrush plain, I could only think how war, whether in Iraq, or in World War II, could bring out, and inevitably did, the worst human instincts—the worst government policies. Not just overseas along distant front lines but back home too, when fear itself, contrary to FDR’s admonition to the American people, became a contagion.” 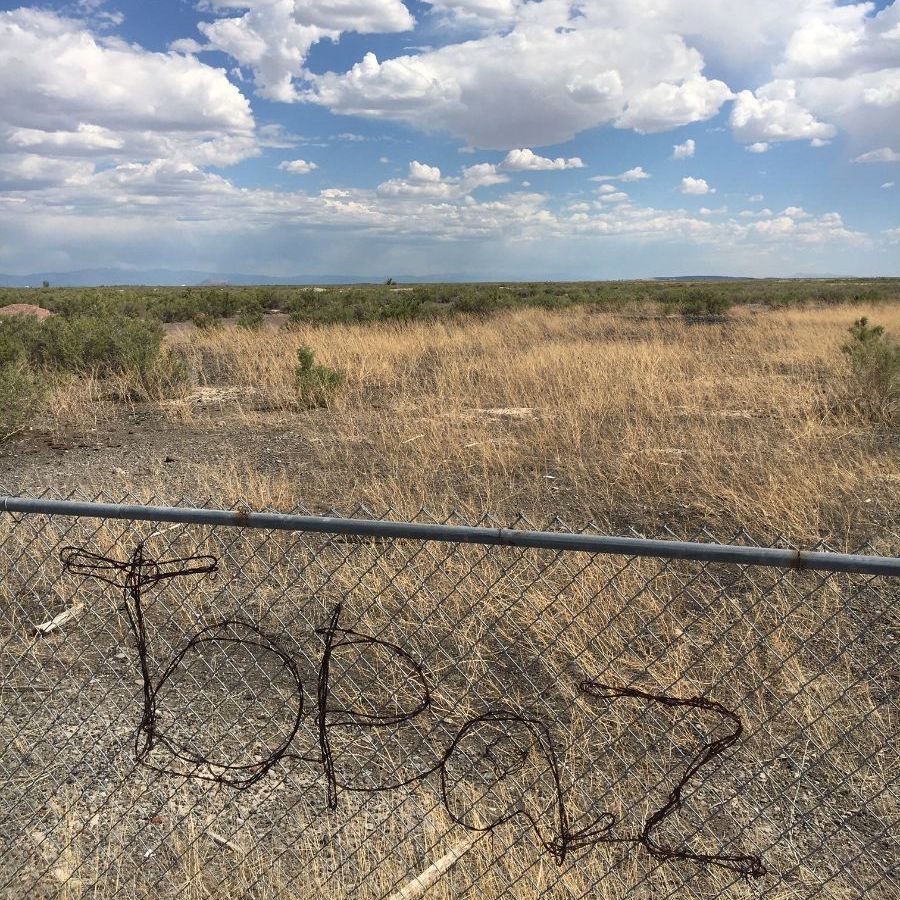 On this visit, a campaign trail stop years later, we flew a drone overhead to capture the long since abandoned site, best seen from above, below a flapping American flag on a windy day in the desolate sagebrush desert. No one else was there. 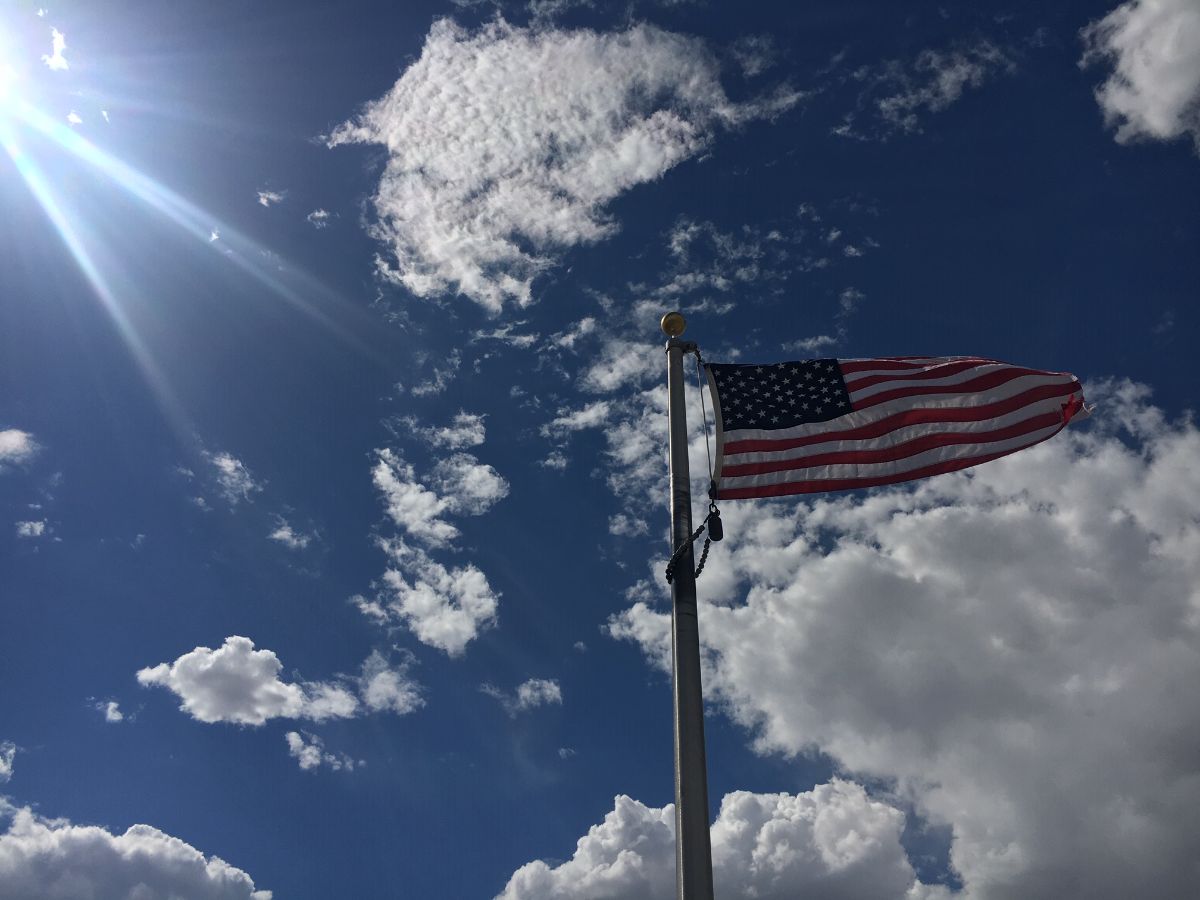 We need to know about this tragic part of the American Story. I urge you to take your families and children to the Topaz museum and nearby historic site in Delta. German POWs enjoyed more rights and better wartime treatment than many interned Japanese-American citizens—and their children.

I promise publicly to do my part to make sure it never happens again.

Downwind: all in the family across Southern Utah

My parents grew up just south of Delta, in Milford (pop. 1,376). A town where large pig farms now give way to some solar and wind farms. This too is important terrain, not just for my family but for many others in rural Utah. Another example of long-lasting pain—where the U.S. government’s nuclear tests sickened and killed thousands across Southern Utah.

These families are known as “downwinders.” 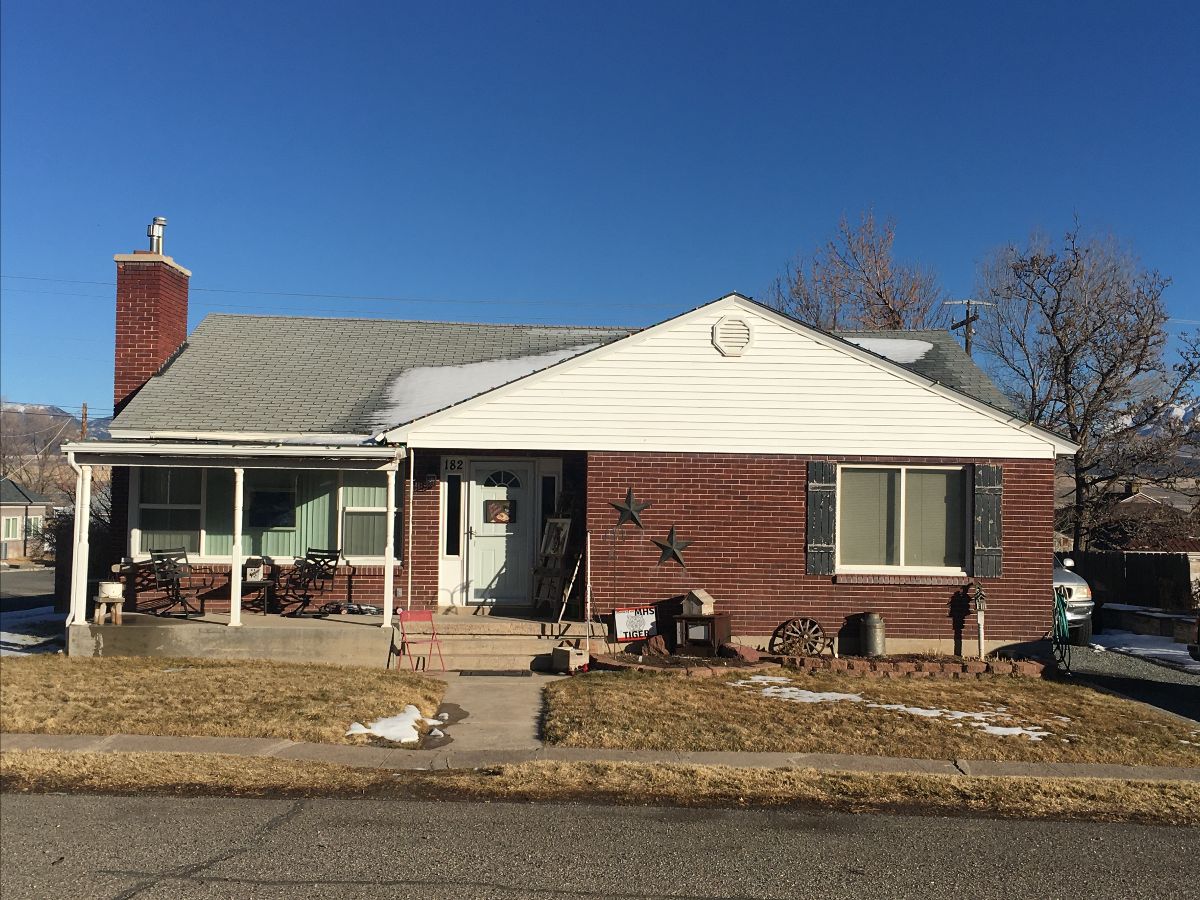 This, too, was a topic in my book. I described how my grandpa Jack (a Union Pacific Railroader for almost 50 years) would wake up my dad and his younger sister, my aunt, around 4 or 5 a.m. before a scheduled nuclear test:

“Under receding starlight, they would sit on the front porch stairs and look to the west, near the Nevada state line, for a sharp flash in the sky. About thirty minutes later, the sound of the above-ground atomics would rumble through the “UP” railroad town of about 1,500, a small burg of alfalfa farmers, miners, and railroaders … The next public announcement about the next A-bomb test would follow on the radio and be printed in The Milford News. Alarm clocks once again would be reset.”

My dad recalled that the early morning single-strobe blasts of unimaginable wattage and subsequent shockwaves, which ever so slight lifted parted bangs, were always “an event” for kids.
Between 1951 and mid-1962, the Nevada Test Site conducted eighty-six nuclear tests at or above ground. They were timed to detonate when wind patterns were blowing toward the Beehive State of Utah and away from the Golden State of California. My mother lost five aunts to cancer, mostly leukemia, and as my dad put it:

“We watched the bomb explosions, then years later our friends began to die of cancer. Mitch, Mel, Elaine, Carroll, Dale, and Jerry and more.”

The U.S. government eventually paid some families for losses, through the Radiation Exposure Compensation Act (RECA). Last fall, my dad was diagnosed with lung cancer. Not a smoker, doctors told him that one cause might be … because he grew up in Milford during the nuclear tests.

An expanded version of RECA is now under consideration in Congress. The original bill is set to sunset in 2022. Only Democrat Ben McAdams supports its passage among Utah’s entire congressional delegation. It goes without saying where I stand on the matter and what I will stand for in Congress. 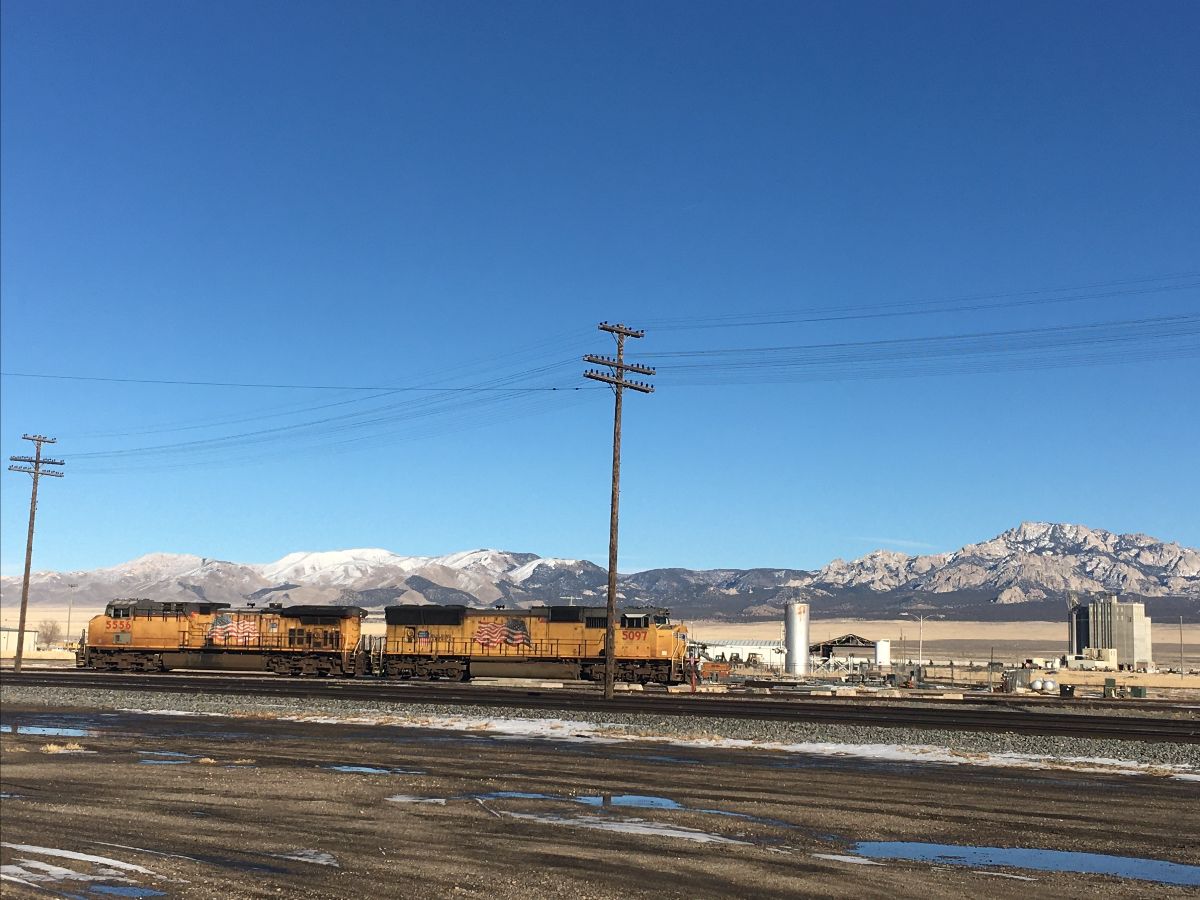 Leaving Delta and Topaz, and with Downwinders on my mind and my own dad’s cancer, I realized how deep the issues in CD2 run in my family. And why, unlike incumbent Chris Stewart, I can continue to speak to rural voters in a way that is not theoretical but genuine. On land use, water, and, yes, the decades-long effect of nuclear tests that still ravage so many Utah families.

Thank you for your time and support. Please email me with any questions or issues. I enjoy hearing from you directly.