The COVID response should be people-first

17 Oct The COVID response should be people-first

Last March, before Utah Democratic Party delegates selected me to be the Democratic nominee in Utah’s 2nd Congressional District, I wrote Chris Stewart a letter regarding COVID. Even though those were early days of the global pandemic, like many of us, I sensed that the Trump administration and Mr. Stewart were downplaying the seriousness of the public health threat. I sensed they were not being honest with us.

On March 25th I wrote the following, as a constituent seeking answers: “President Trump recently stated that he believes the emergency public health situation will be resolved by Easter: do you agree?” In another question, I asked: “Should the state of Utah, like other states, take additional ‘lockdown’ steps to safeguard public health beyond those already initiated?” I also enclosed a full summary of President Trump’s comments that, I further wrote, had: “downplayed the threat of this virus, as compiled by FactCheck.Org.”

I never heard back from Stewart.

Though Stewart has posted the occasional plea to wear a mask, the vast majority of his COVID-related communications have centered on reopening the economy as quickly as possible or blaming Democrats for not passing relief bills.

At every turn he has supported Trump, explicitly, as when he grudgingly allowed that investigation of the administration’s preparedness for a pandemic might be warranted, but only if it wasn’t “an effort to try to diminish or embarrass the president.” Reflecting complicit silence; his last COVID-related tweet was on September 4th.

For the past six months, Stewart has talked about China and socialism, American exceptionalism, and wild burros. But he’s been negligent himself, when it mattered most, regarding public health—posting this May selfie on Twitter. 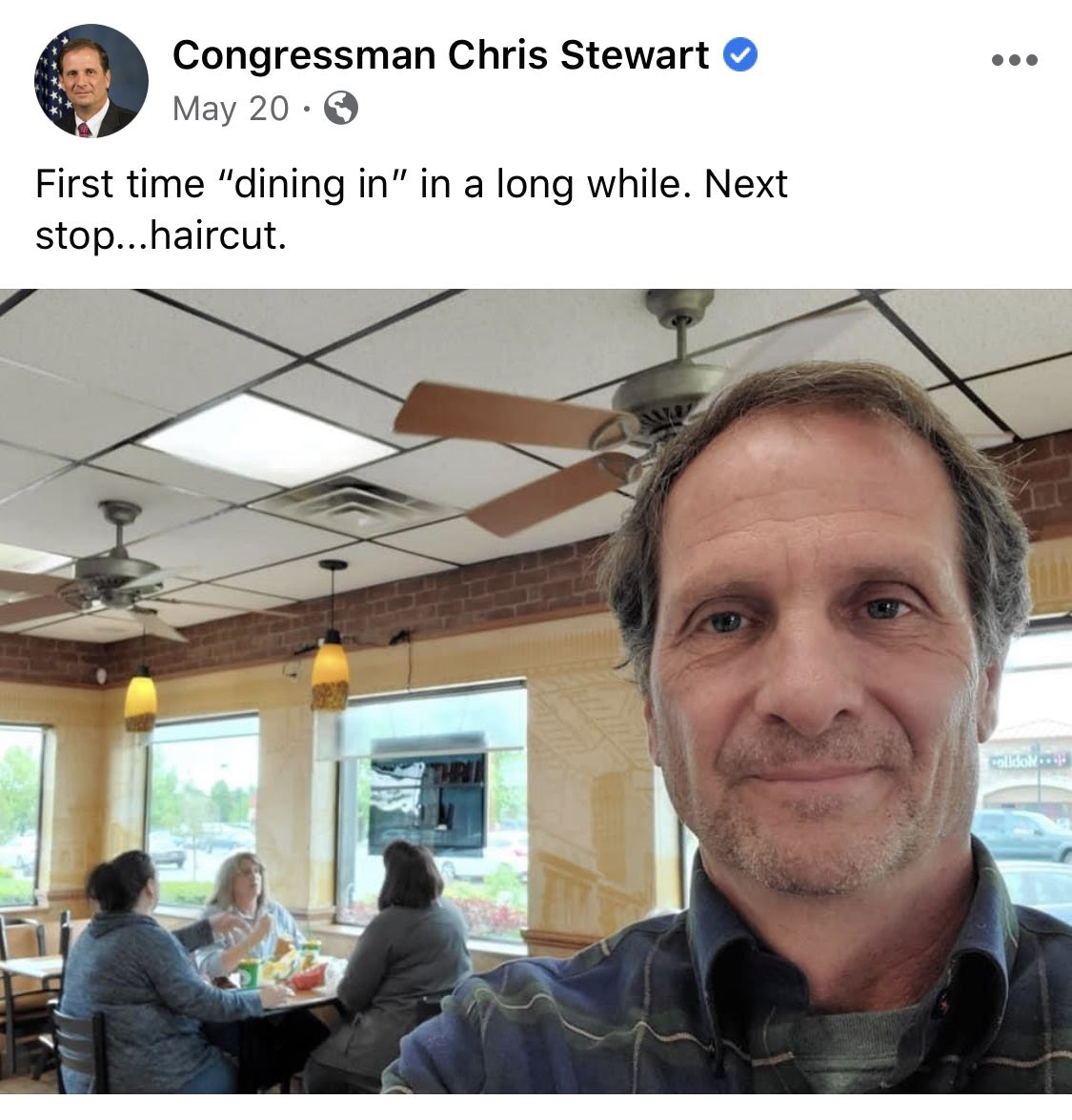 Our country is now the leading place worldwide for COVID infections and deaths. Utah, too, is facing record-high infection rates and over-capacity ICU hospitalizations. 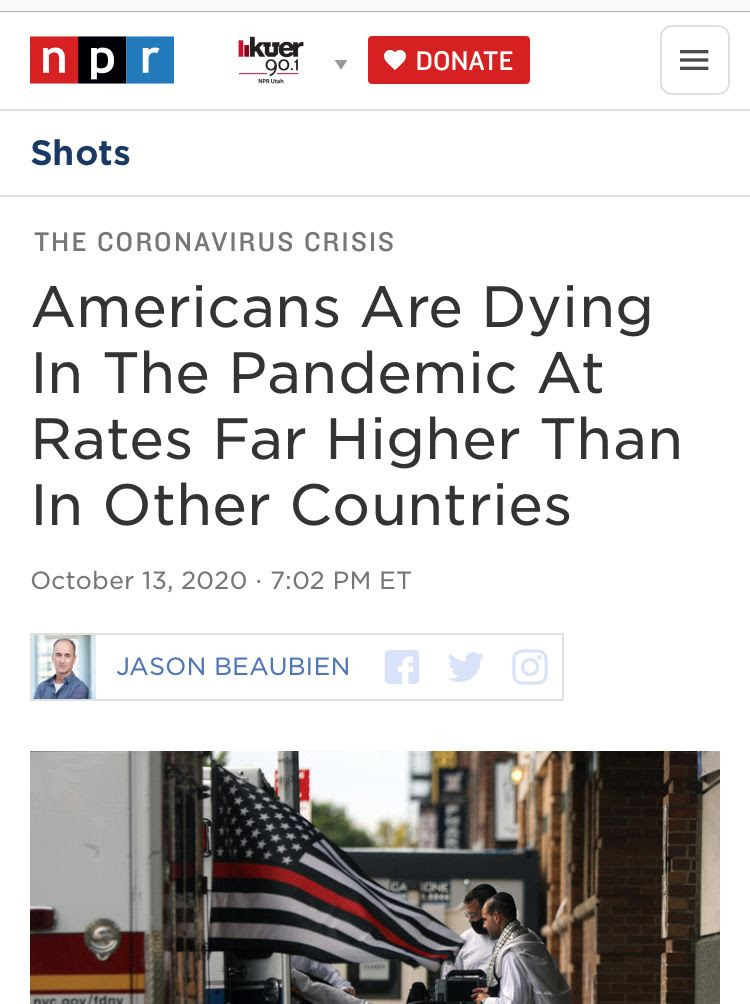 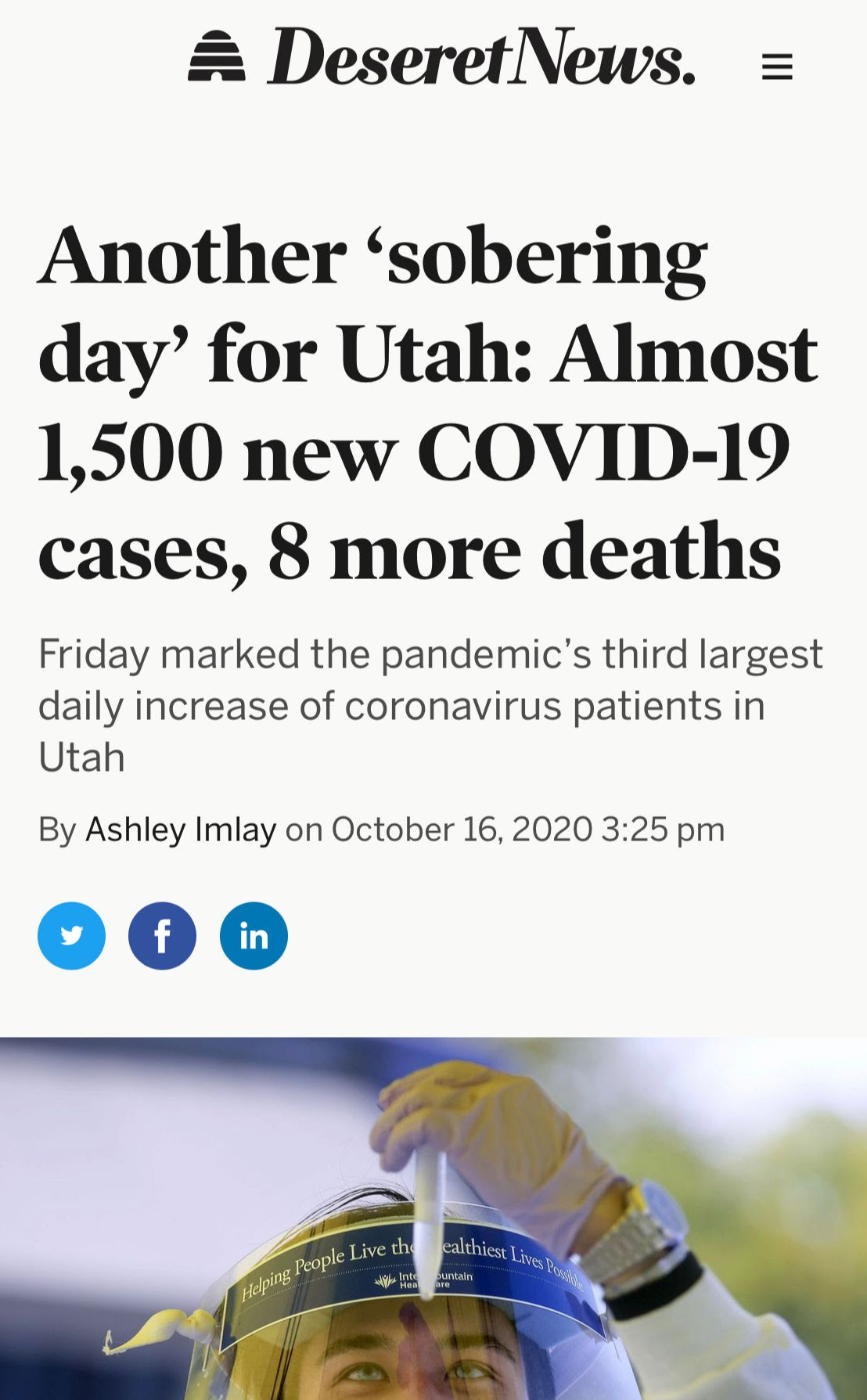 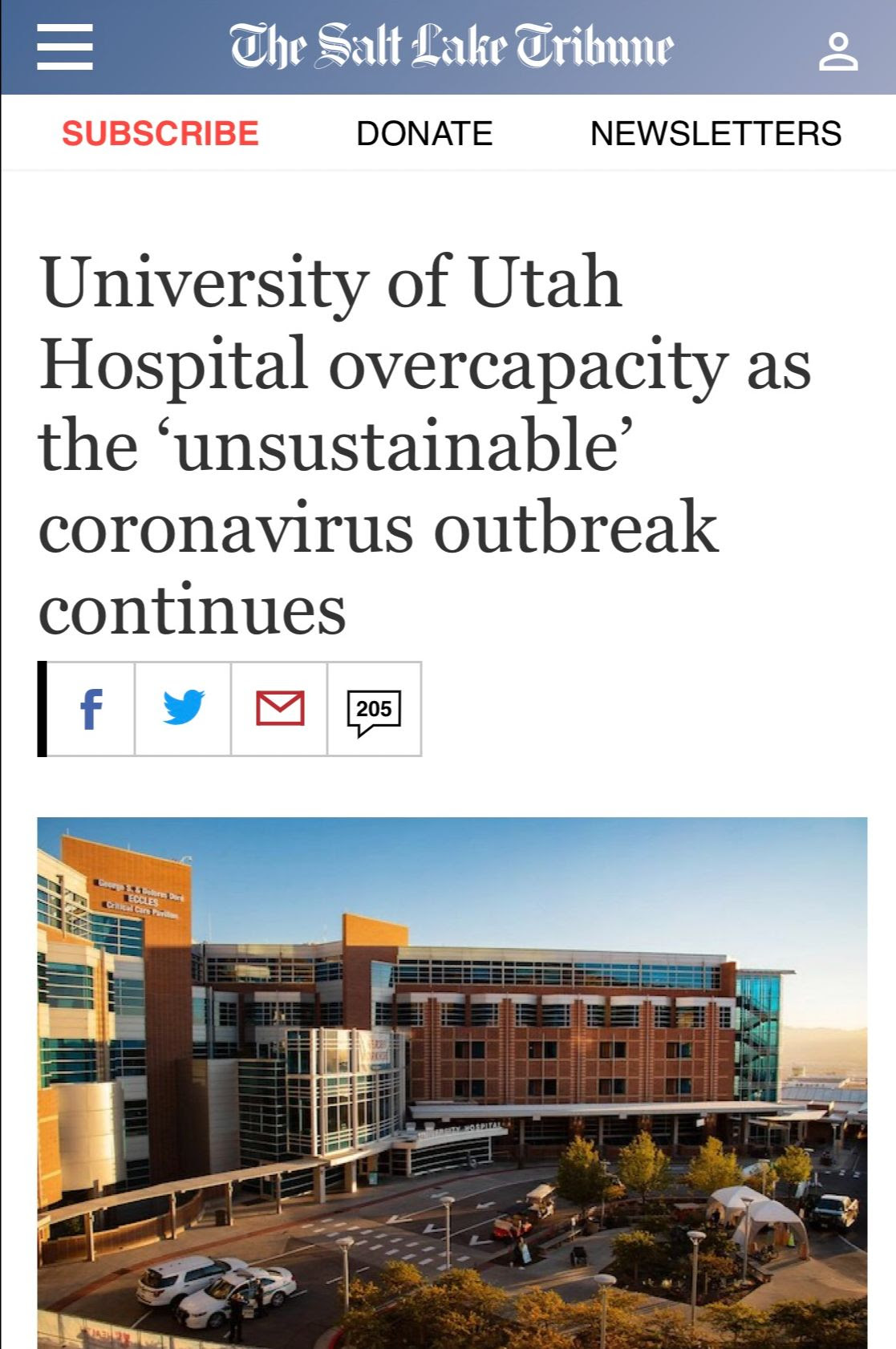 There is more damning political malfeasance that we must not minimize or forget. Washington Post journalist Bob Woodward recently reported in a book that Donald Trump told him in an early February call (recorded) “You just breathe the air and that’s how it’s passed … It’s also more deadly than even your strenuous flus. This is deadly stuff.”

COVID has now hit home, in my own family. While on our campaign’s last many-mile trip throughout the district, I received the following text from my younger brother, Craig. 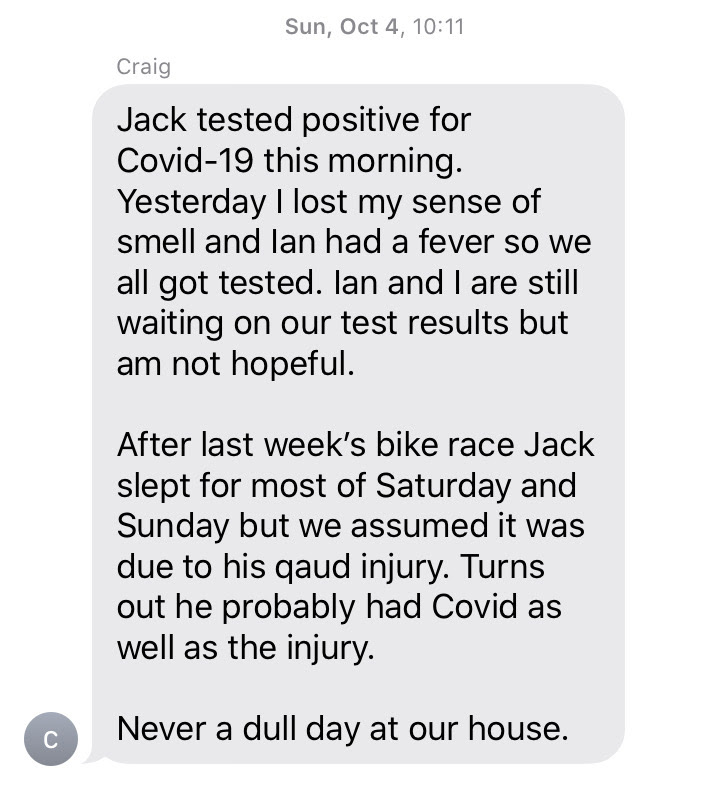 A few hours later the same day, he texted: “Ian and I are both positive as well …”

I believe this election we need to keep asking ourselves and those running for political office a very important question. How many Americans did not need to die or get infected with COVID-19 if the Trump administration and disingenuous and disconnected politicians like Mr. Stewart had been honest with us?

Like so many families, I believe my brother and nephews did not need to get COVID. They now count themselves among the approximately eight million Americans with this particular pre-existing medical condition—one that doctors are still learning can have long-term and serious health implications for many survivors. 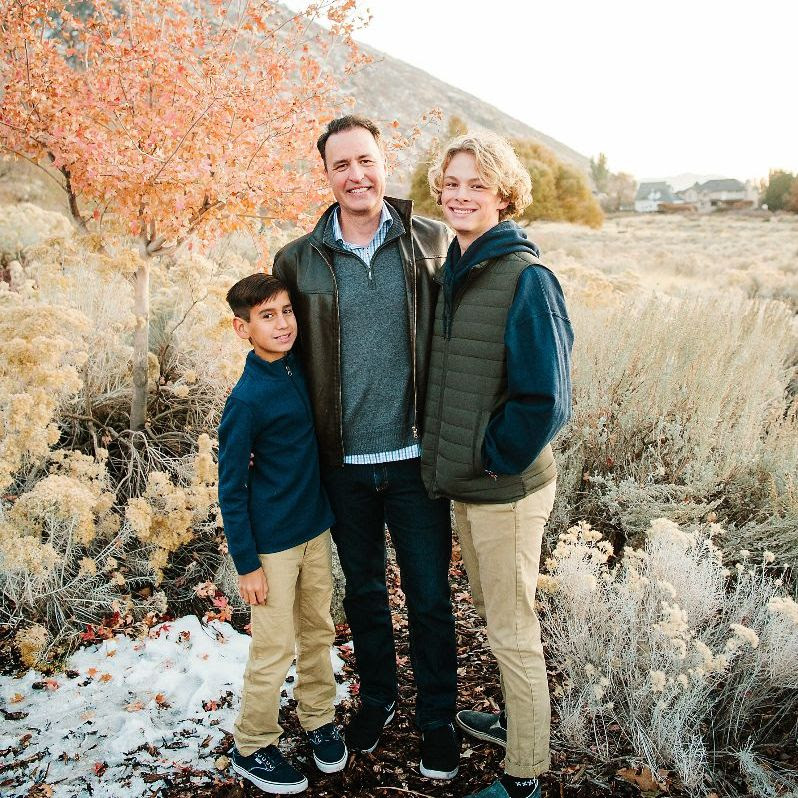 Honesty. Character. Competence. And high standards and expectations—not low—in the highest office of our land. These traits are all on our ballot.

Which reminds me: during a recent “meet the candidates” event, Mr. Stewart was asked about Trump.

“You say you are a strong supporter of Trump, whom you previously called ‘our Mussolini.’ Do you believe he is an honest and truthful man, please answer yes or no.”

Stewart hesitated and caveated that the question was unfair because all of us, he said, are not always honest … “That’s true of everyone. Because there’s not a person on earth who is perfectly honest. None of us on this phone call is perfectly honest … I don’t know anyone in politics …”  He then admitted that he himself falls short, saying, remarkably and disconcertingly: “Do I try to be honest, of course.”

I was floored. Trying to be honest on our dime and given the urgency of today’s many challenges is not good enough. And equating the American people with Trump’s well-documented flood of lies—that is offensive.

Stewart’s own troubling confession also begs the question: when does Mr. Stewart choose not to be honest with us?!

The incumbent continues to focus on DC political games, not people’s needs in a time of crisis. Below are the issues that Stewart has been highlighting on his Twitter feed this week. … At the same time Utahns are being hospitalized with COVID, struggling to survive, alone and without family members. 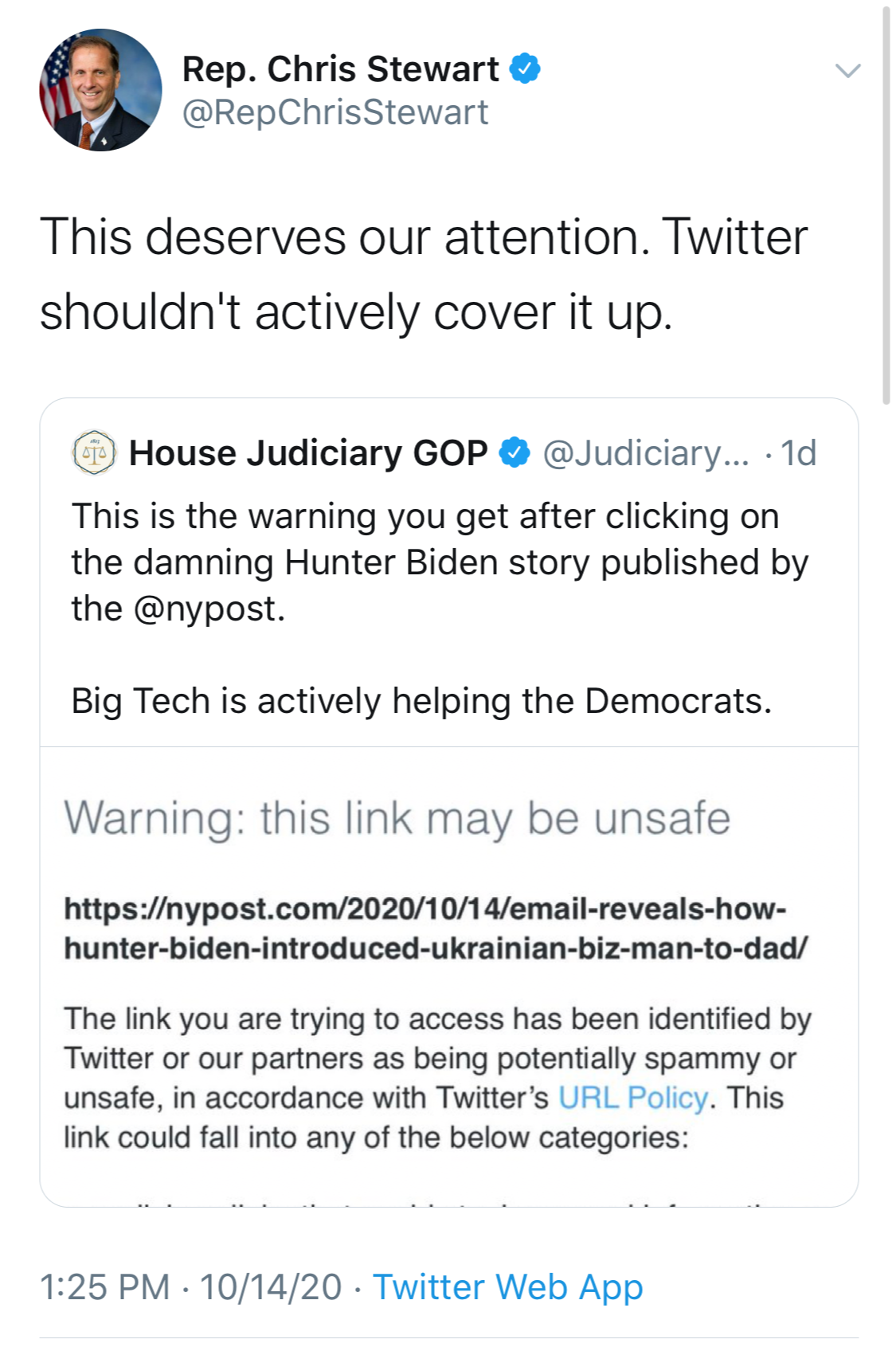 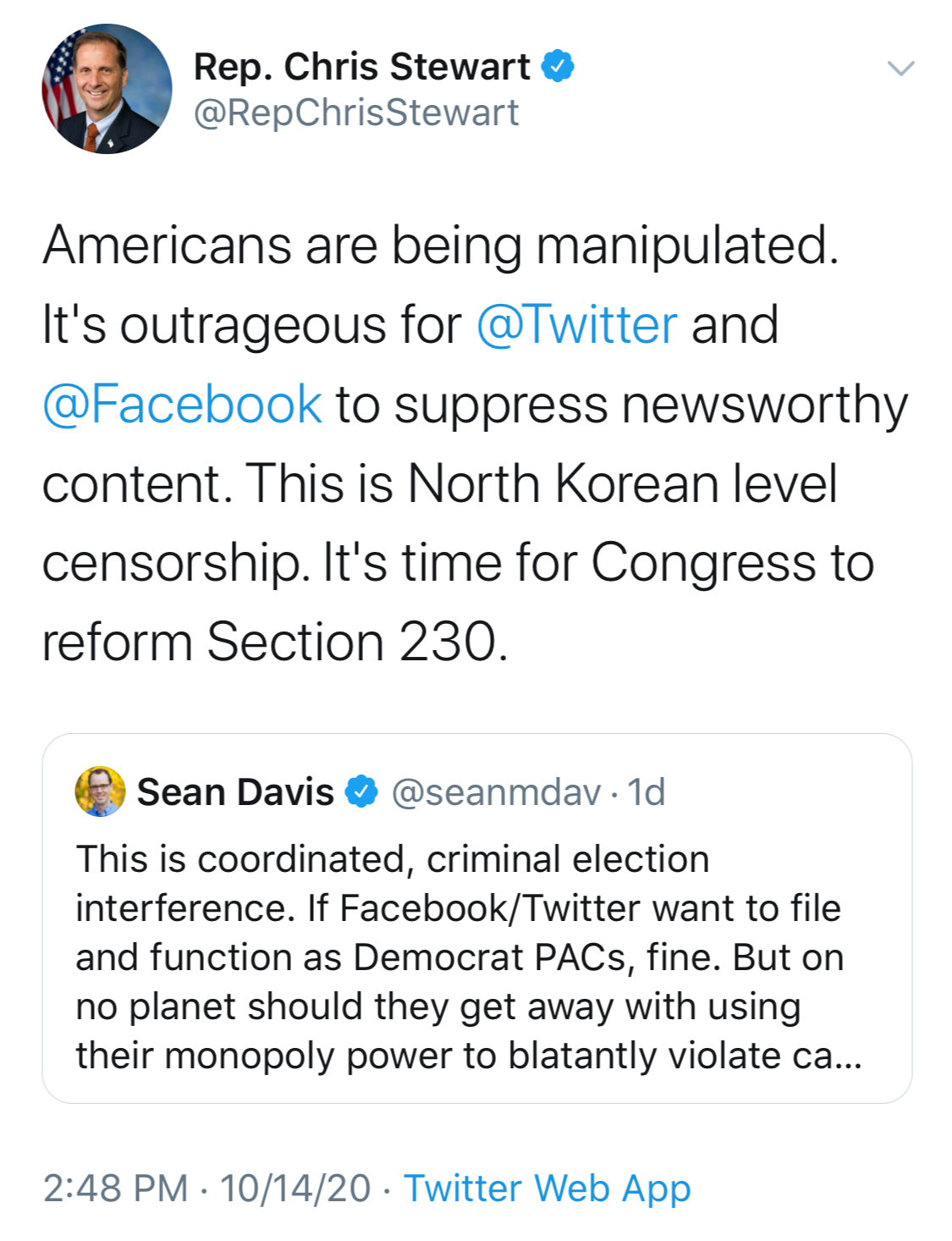 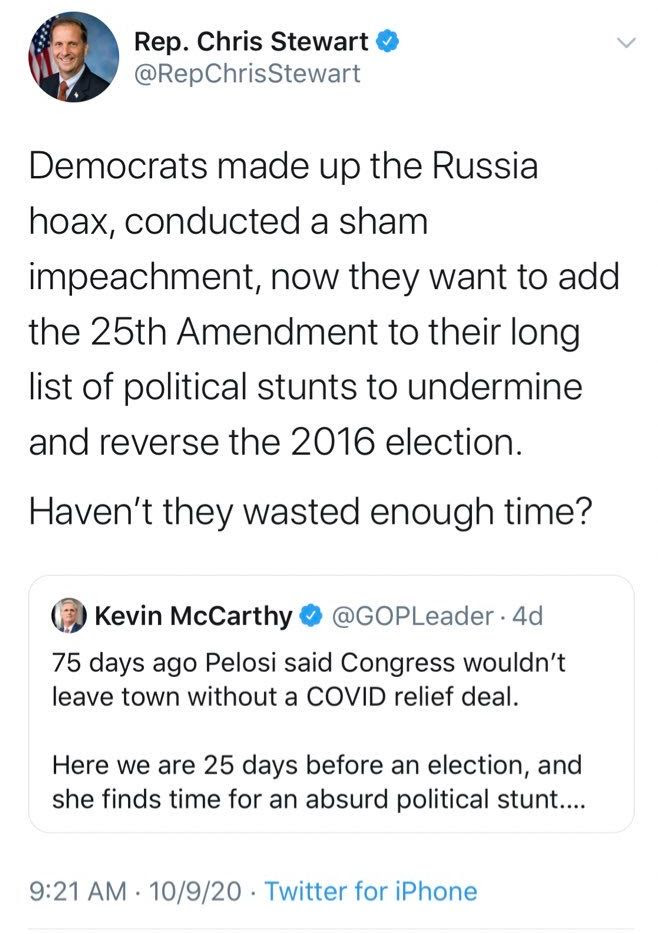 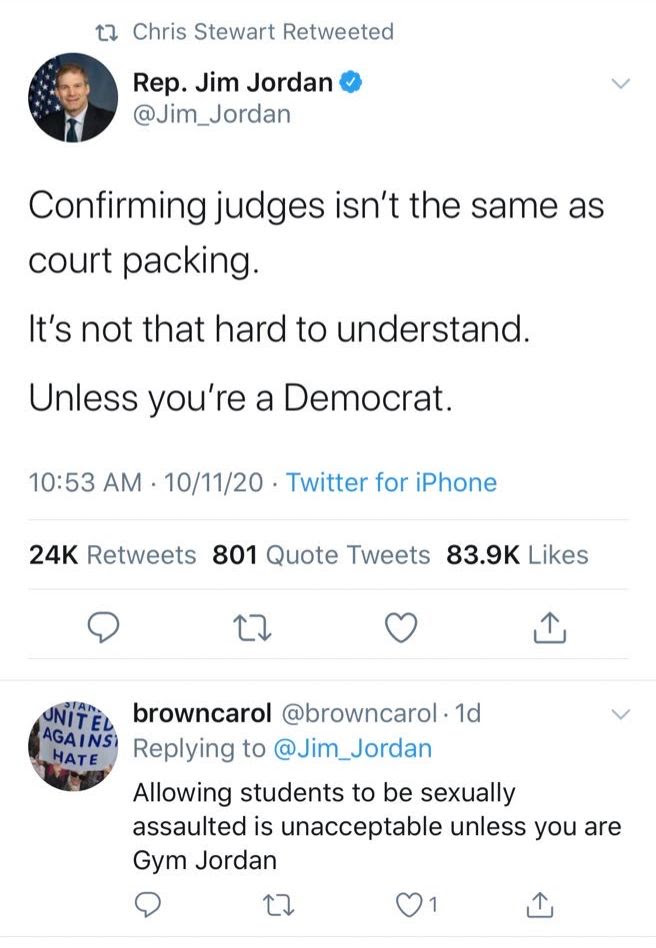 We can do better. We must. Trump/Stewart political malfeasance and party-first, not people-first, approach to governing has to end.

By firing both, with cause, we can begin to make America kind again.