The evolving Utah story is one of diversity

24 Jul The evolving Utah story is one of diversity

For those of you outside Utah, you might not know that today is a Utah state holiday: Pioneer Day, commemorating the day in 1847 when Mormon pioneers arrived in the Salt Lake Valley.

On this July 24th—one without very many parades across Utah, big or small—I want to highlight a theme that is a core part of our campaign message. Utah’s proud heritage as a state of course includes the Mormon pioneer story, a difficult trek westward that was forced upon a people of faith because of religious persecution. My own ancestors, poor Danish and English immigrant farmers and, yes, some polygamists in the mix too, shared in this early journey from flatlands across the Rocky Mountains to a great lake full of salt. I am proud to say, the Westons, Johnsons, and Schows were hardy 19th-century stock—and we try to remain so today. 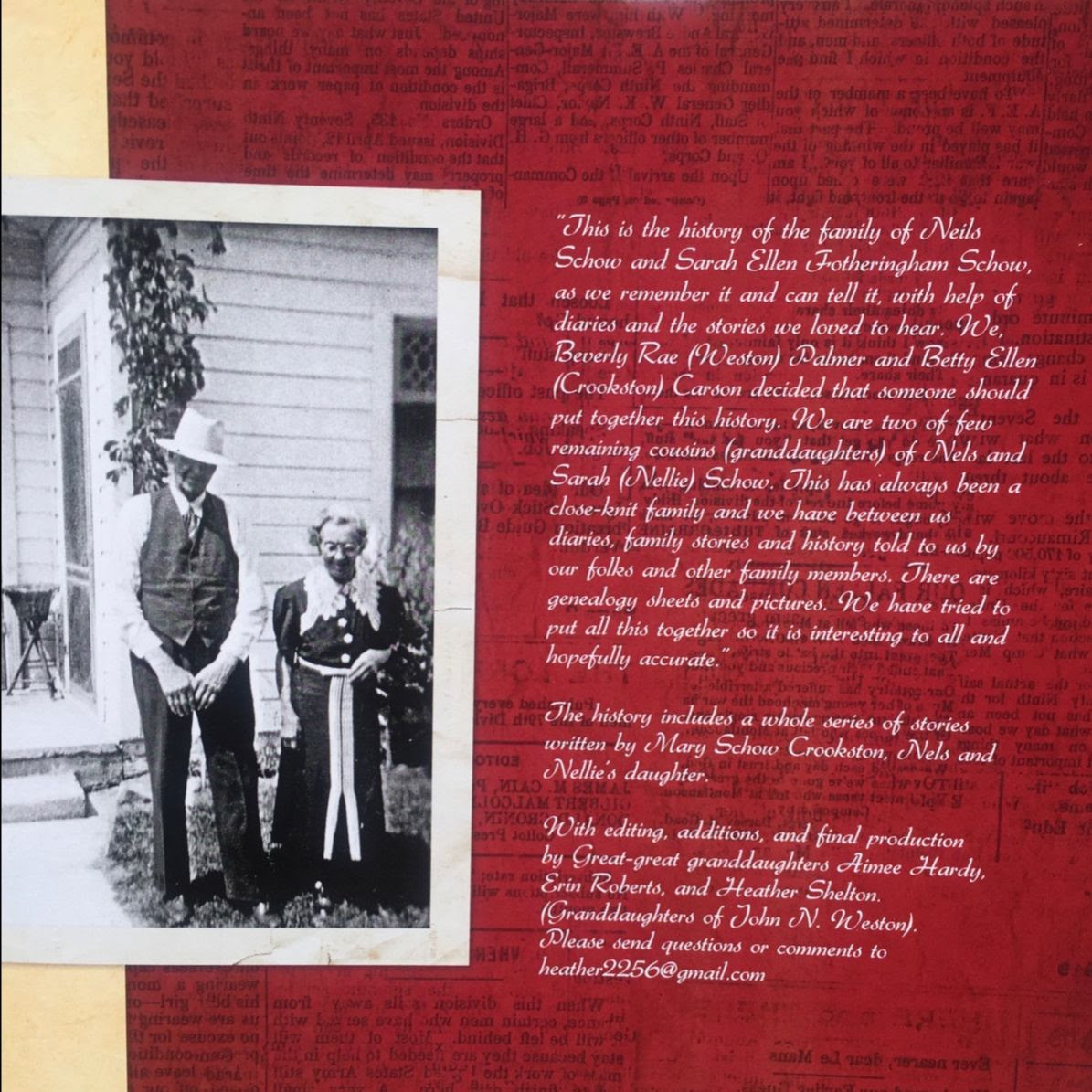 A bit of family history: My great-great grandfather, Nels Christian Schow, was born in 1866 in Brigham City to Danish immigrant parents. His family later moved to Panguitch and helped settle the area. His father was a tailor and worked in the fledgling town’s Co-Op mercantile. By age 13, Nels was an orphan and moved to Escalante for four years before returning to Panguitch. Later in life he moved to the Milford area and started a grocery business. Family journals describe Nels this way: “He was honest and assumed that everyone else was the same. He extended too much credit and could never pass up a hard luck story.” The grocery business did not last long. He transitioned into ranching and work with Union Pacific Railroad. 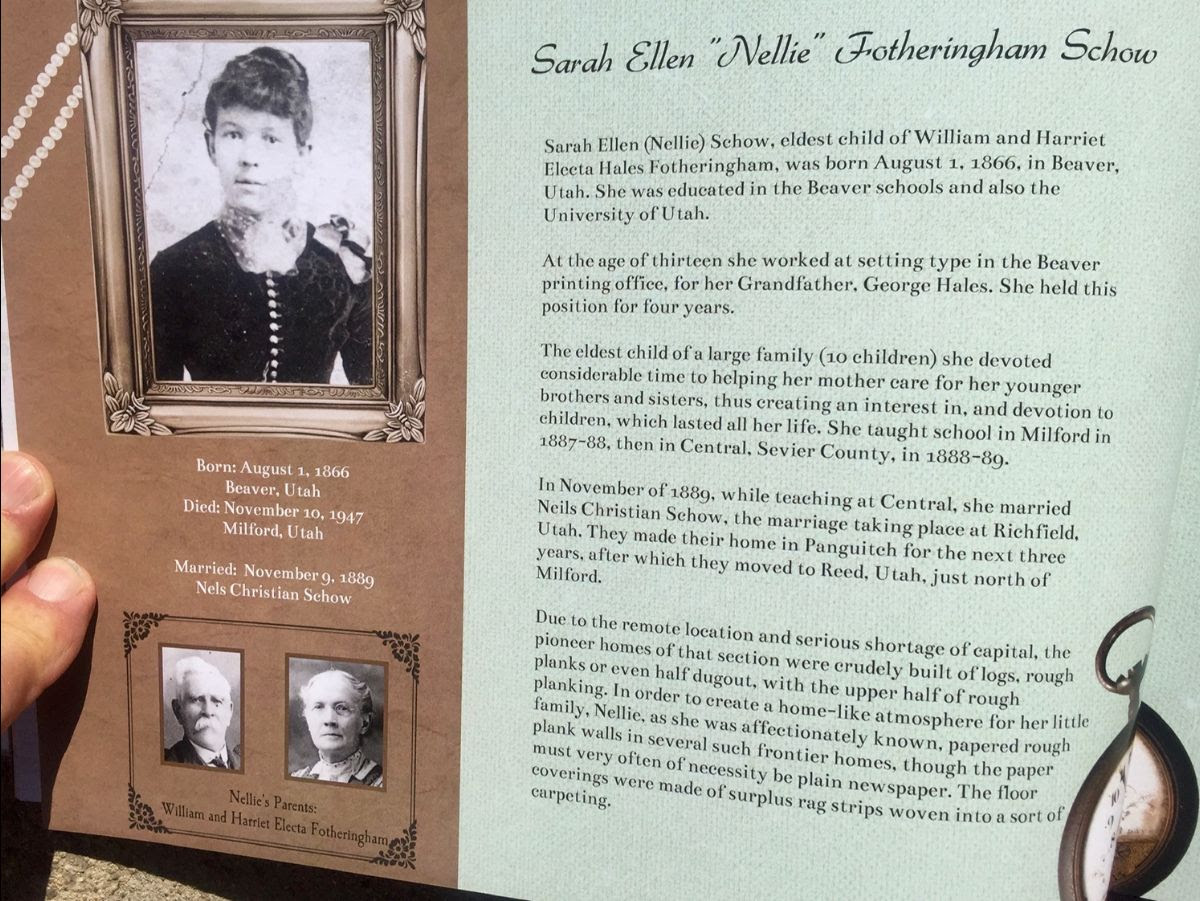 Another relative, Nellie Fotheringham Schow, held her own in rural Utah at the time. One story is a family favorite. When a drifter (aka a “Gentleman of Leisure”) asked for some salt at her back door, she gave it to him. Pulling out a flask of liquor, the presumptuous wanderer asked if she’d like “a nip.” Drawing herself to her full 5 feet 2 inches, Nellie reportedly replied, “Sir, I am a lady. I thought you were a gentleman!” She then slammed the door on the “very red-faced man.”

I believe, however, that the much bigger and much more inclusive Utah family is not a pedigreed one based upon a long-ago date in any pioneer journal or handcart manifest.

Utah families today—including those who arrived just last week or month—are as much an integral part of the evolving “Utah Story” as any family who might have persevered across seasons in a wagon train, or walked alongside, as many did.

One example of this realignment is to focus on policies that help Utah families in concrete ways: Rep. Ben McAdams’ amendment in the House of Representatives to ban funding for nuclear tests is one such bridging issue. We reckon with the past as we focus on improvements in the present and future, regardless of political party.

As I have written before, my own father’s cancer diagnosis appears to be tied to his youth in the 1950s in Milford—when Nevada Test Site nuclear explosions inundated unsuspecting people across the United States. … Families who wanted to trust the U.S. government. … Families who did not want to believe lies would lead to personal devastation for so many.

Below is the official letter from the U.S. Department of Justice my dad recently received notifying him that he has been approved to receive compensation as a downwinder under the Radiation Exposure Compensation Act (RECA). 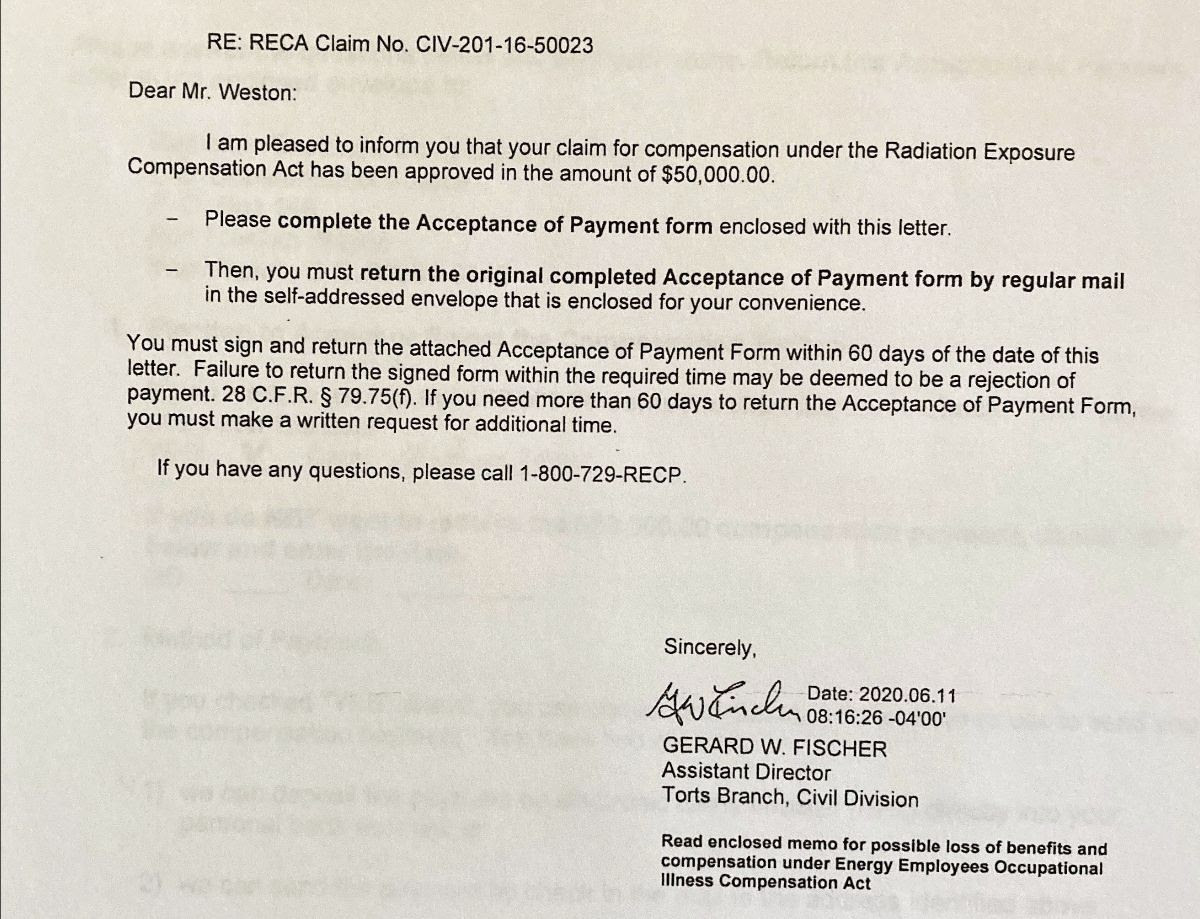 This landmark law is set to expire soon unless Congress approves a follow-on program that would address cancers here and well beyond Utah’s borders. I have also included a photo of my parents taken July 23rd outside, with customers distanced, at Ruth’s Diner. Dad and mom are doing well. 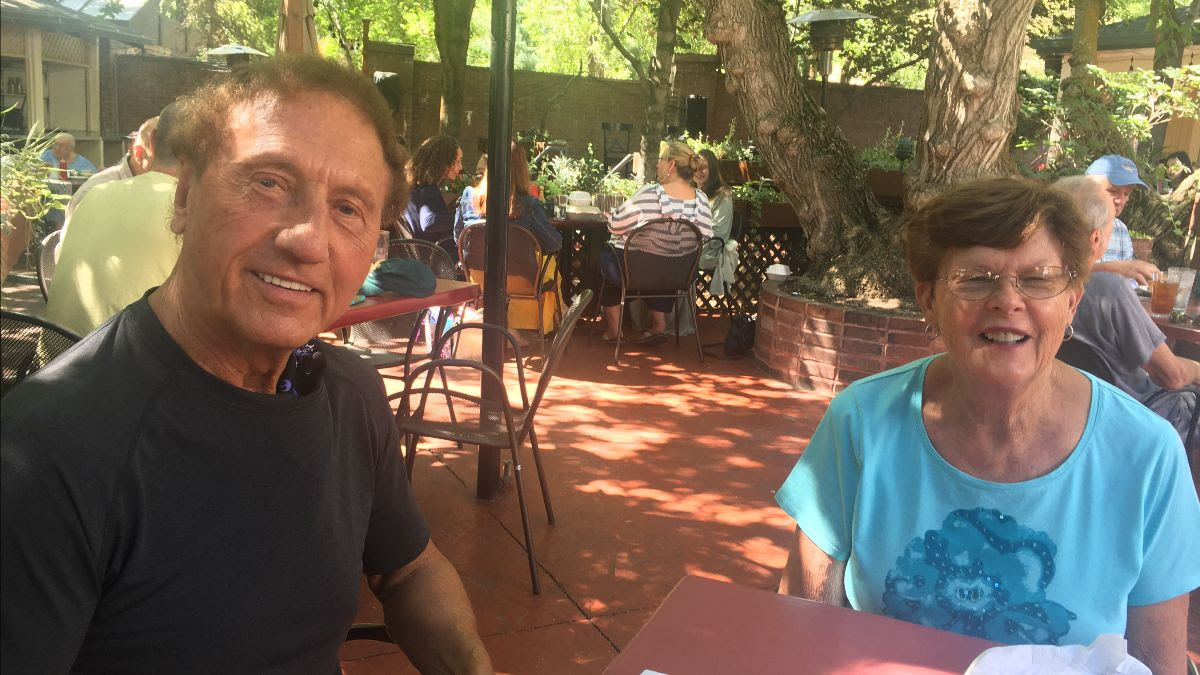 On this Pioneer Day, let’s all recommit to being better neighbors.

That is a decision we can all make and honor in a time of deep division and anxiety. COVID, after all, is a battle of our shared and sometimes vulnerable human biology against a novel virus never before seen in the human race. If anything, this red fact should unite all of us. Our votes November 3rd are relevant in this regard:

Thank you for being part of this pioneering campaign. We are in a tough but right kind of political fight, against a candidate who has more money and more name recognition—and yet has not yet polled above 44 percent and as low as 38 percent in two sizable samples of Utah voters. The incumbent is worried. The incumbent is vulnerable. The incumbent is on the defense.

Working together, and with your support, we can win this.

And we can help ensure that Utah is an even more welcoming state—where immigrants of all kinds choose to relocate … and stay to become our newest neighbors.

Thank you and please stay in touch.