Utah’s 2nd Congressional District was gerrymandered by Utah’s Republican-dominated state legislature so that a Democrat could never win. After the last census, its boundaries were drawn to stretch the vast district from urban Salt Lake City to rural Southern Utah, 14 counties in total, comprising almost half the state geographically.

But Utah’s CD2 is a map I would not change, at all. Past candidates made clear inroads, including dynamic Shireen Ghorbani, who received 39% of the vote in 2018 and is a current candidate for Salt Lake County Council.

I believe this district can be flipped when issues are used as a bridge between people. Some examples:

When I am asked by voters in conservative and arid Iron County about guns, I try to end our conversations on the subject of the Affordable Care Act, pre-existing conditions, and how Democrats have been fighting for more healthcare coverage for tens of millions of Americans for decades.

When I am asked by voters in liberal and leafy Salt Lake City Avenues about the Green New Deal, I try to end our conversations with a reminder that rural farmers and ranchers understand the math when water tables are low and wells dry up—the consequences on their livelihoods of a possible American West mega-drought in the making.

“Listening Tours” by politicians are common. An Understanding Tour is what my team and I have been doing since gaining the Democratic Party nomination in late April. We have traveled (mostly in my old 2003 Tacoma) almost 4,000 miles and with a drone overhead, operated by a former Marine infantryman turned Drone Master. CD2’s bumpy roads, including a rutted dirt one that traces the Old Pony Express Trail, have cost me about a thousand bucks in truck repairs—but it has been worth it. (I like to say that Mark Miller of Mark Miller Toyota, a donor, and I are about even now.)

We have heard across the district from residents who are students, ranchers, nurses, teachers, farmers, retirees, small business owners, professors, grocery store workers, an Amazon delivery driver, among hundreds of others, and many who are recently unemployed because of COVID. The district is full of people today who are hurting economically because of COVID layoffs and a health care system that is tied to status of employment. Lose your job, lose your insurance.

The map below reflects many weeks of listening in order to understand the issues that affect and concern voters most. Without wearing out as much tire tread as we did, I would be just another drive-by, no-show, fly-over candidate—or incumbent. Instead I continue to choose to downshift, a lot, from fifth gear to park. Over and over again. 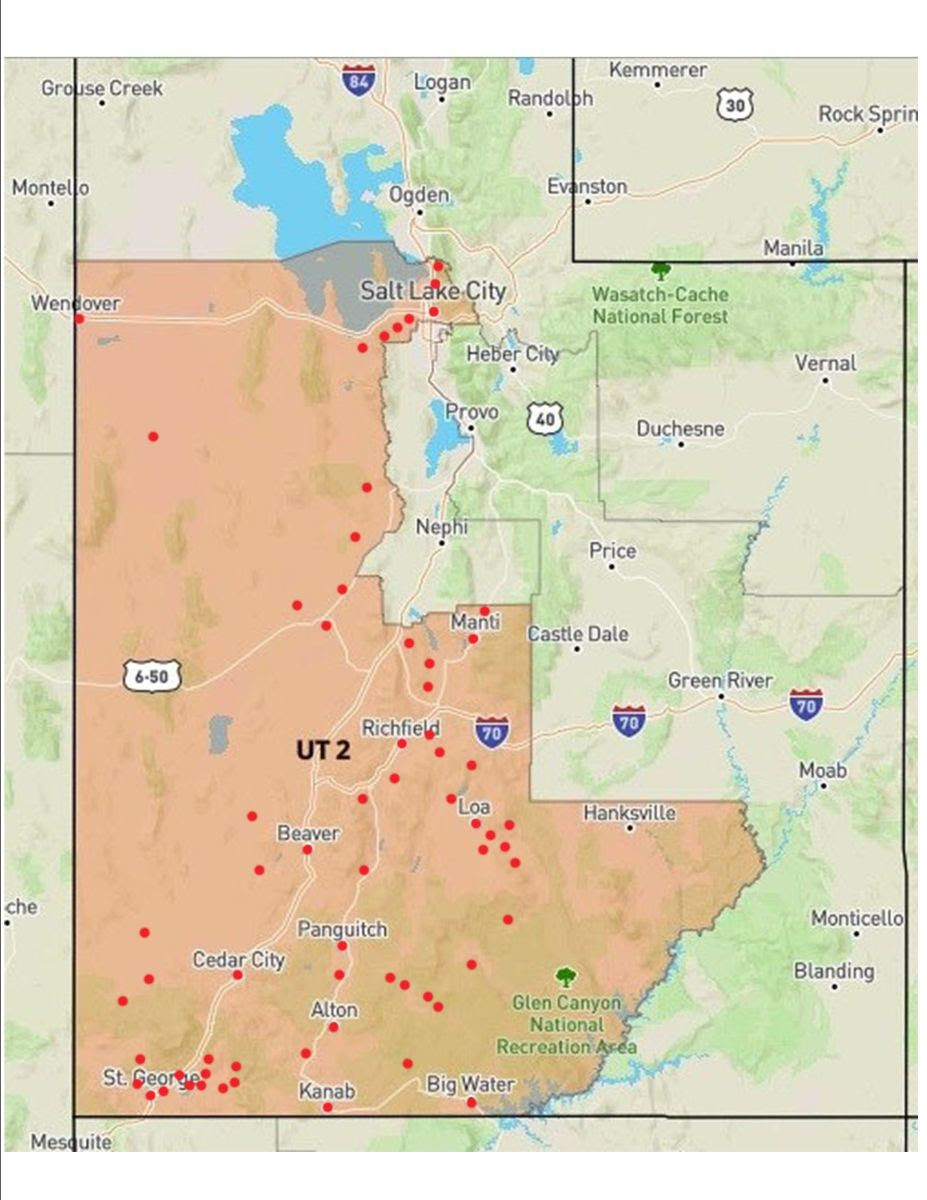 I hope you will spend some time looking at this map of CD2. This is political due diligence.

Below is a list of towns we have visited—so far. 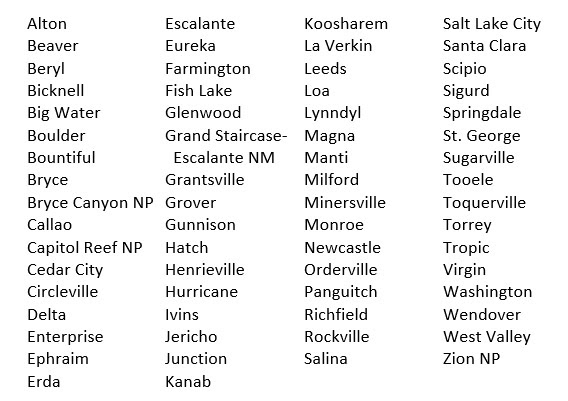 Listen for us on the radio

This week, we have also begun airing more radio ads. Some of our first were placed during … yes … The Sean Hannity Show. In one I discuss protecting rural post offices. The other ad covers my time in the State Department in Iraq and Afghanistan and has comments by a retired Marine 3-star general.

Additional radio ads, nine in total so far, will soon air in northern Utah and throughout the rest of the district, including spots on ‘80s music station 103.1 – The Wave, because, well, I love 80s music–and so do more than a few CD2 voters of a certain age, I suspect.

More road time is ahead. As a writer-turned-candidate for Congress, I promise to keep you informed about what we are hearing, and learning, along the way.

Utah voters are serious this year about getting a competent and functional government back. And they are looking for candidates who can help bring our state and country to a better place starting next year: less economic pain and less anxiety about health costs and more bipartisan policy solutions. That message, which tracks with my diplomatic instincts, will continue to be a key part of our campaign’s urgent and enduring message through Election Day.

A final note. Our campaign team has heard me say this before: running for Congress is not the hardest thing I have ever done—my time in Fallujah and Helmand were harder—but it is one of the most important things I will ever do. And on behalf of many Utah families who, like millions across the U.S., are hurting right now with rent due, children away from traditional classrooms, grocery prices rising, and unemployment numbers at unprecedented levels.

Thank you for your support. It helps turn the CD2 map purple. It shows that we are serious about representing the whole district in these very serious times.