Travels this week across Utah’s 2nd Congressional District have shown what is at the center of this election: COVID-19 at record highs, families hurting and anxious, small businesses and employees under stress, and a divided state and country with a clear and urgent choice on November 3rd—up ballot and down ballot. And more: Trump’s taxes and enormous personal debts that could pose national security risks. Meanwhile, my opponent continues to debate himself regarding socialism, patriotism, and capitalism on local newspaper OpEd pages rather than focus on the urgent day-to-day needs of constituents.

Our political status quo is demeaning and dangerous to our democracy, framed by demagogues.

In recent conversations, Utahns have conveyed what is important to them. I have been listening closely. Below is an overview of these Utah voices and what they had to say as our campaign once again hit Utah asphalt, gravel, and dirt.

At Hell’s Backbone Grill, restaurant owners described the precarious financial situation the iconic establishment now finds itself in, like so many other independent restaurants in Utah. Initial COVID relief has run out and unless Congress does more to help restaurants and employees, even more will be faced with bankruptcy. Some plans (Democratic-sponsored) would help alleviate the cost of carrying loans and consider pre-COVID revenue levels in order to possibly make up the difference until the industry stabilizes. A comparison: this same week, U.S. airlines have asked for an additional $25 billion in relief. 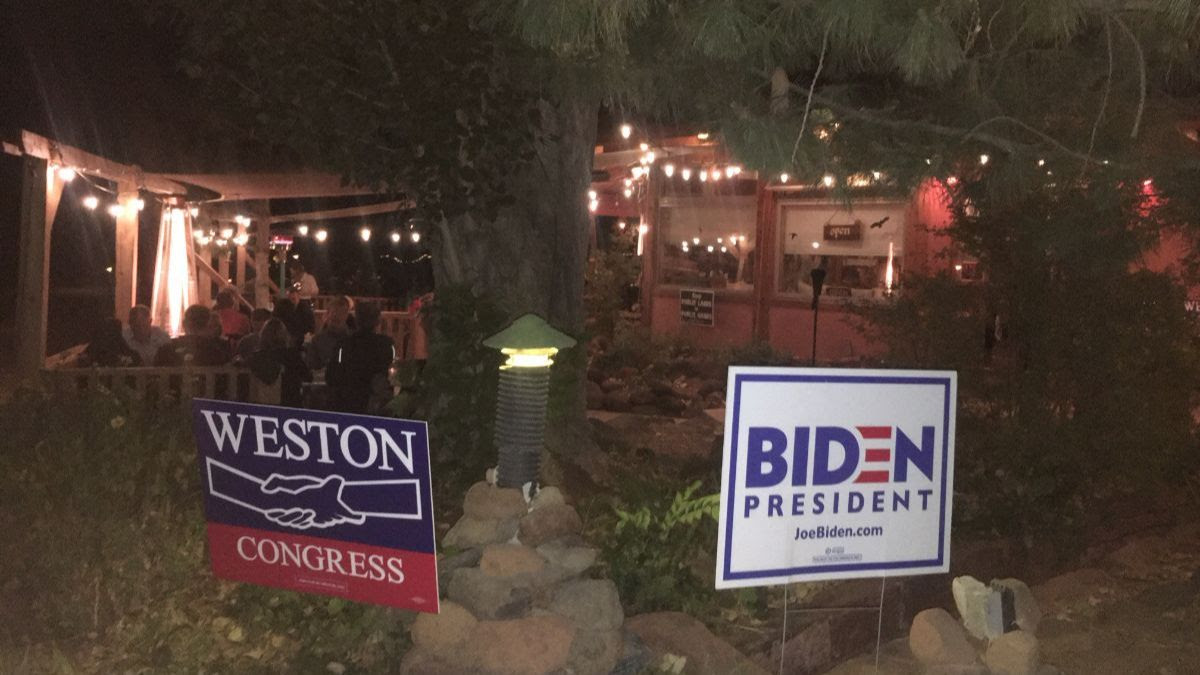 At a park in Panguitch, three supporters represented the possibility of moving voters toward more thoughtful voting this election year, away from straight party politics. One, who trains people to use guns and owns a large range, said government corruption was his top issue.

A third Panguitch resident who shoes horses (aka a Farrier) said he had once run for county commission as a Democrat, but recently changed his registration to Republican. He said he favored a two-party state because that is a healthy democracy, but was concerned national Democrats were too liberal. He got his start in politics (as a Democrat) partly in order to offer Garfield County voters a choice regarding how to manage beavers and beaver dams and the effects on local water levels. Republicans, he said, advocated a too-tough stance on the animals. 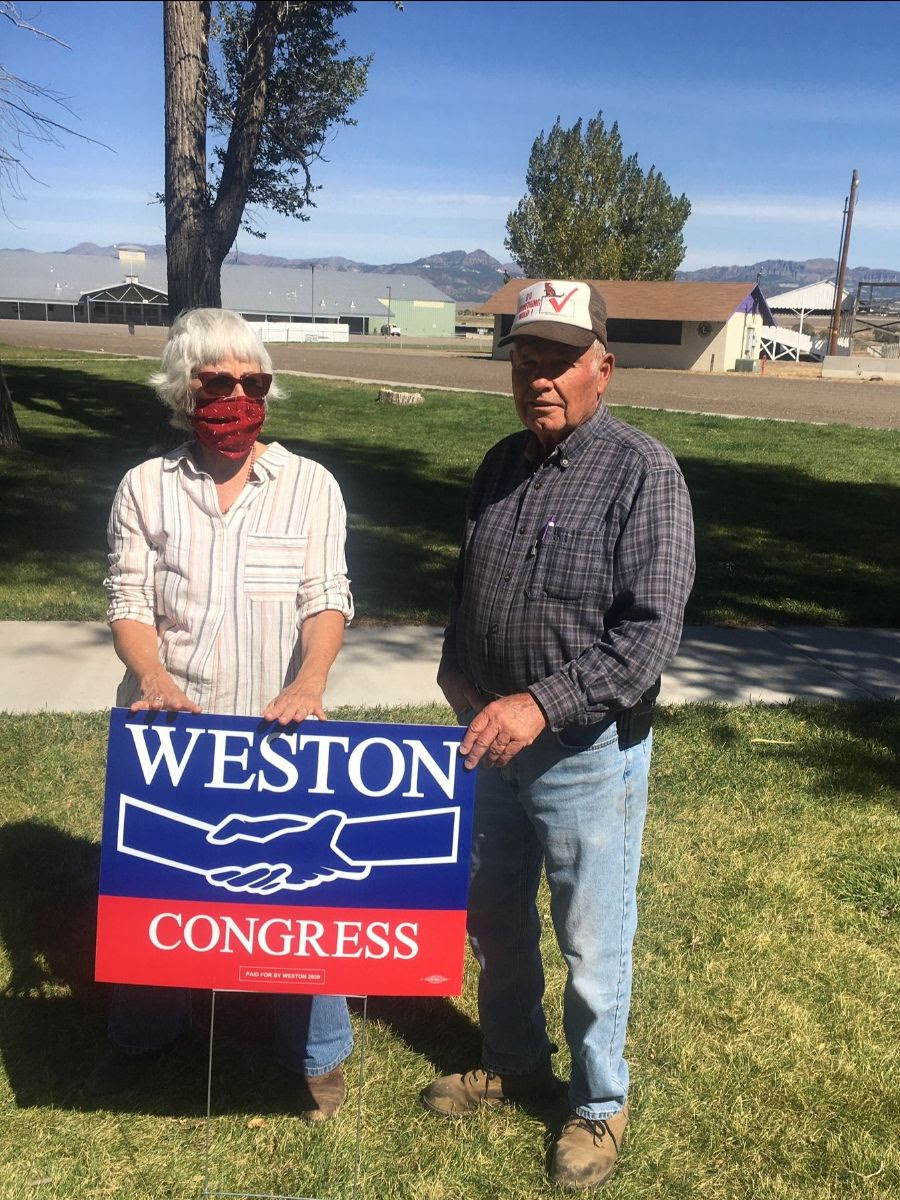 Gun training … for Dems—and a militia?

Several liberal-leaning and activist residents in rural Utah said that overall civil unrest in the U.S. and tensions closer to home had led them to buy their own guns. Two now had shotguns and another had begun to search for safety training for a pistol. All three are women who live in beautiful but remote parts of the state.

Reports of a militia in Garfield County continue to cause concern among a number of residents, whether the gathering of armed townspeople in a city park was intended to intimidate or not. Note: I raised the issue in a Garfield County Commission meeting, but commissioners were silent on the matter. If the county sheriff attended the gathering, as reported, why was he there and what did he say? Commission staff said that COVID relief funds were being used to help improve cell service in the county. (In the town of Tropic, a BBQ place which proudly put a sign out front that read “masks are not worn here” had two employees test positive for the virus.) 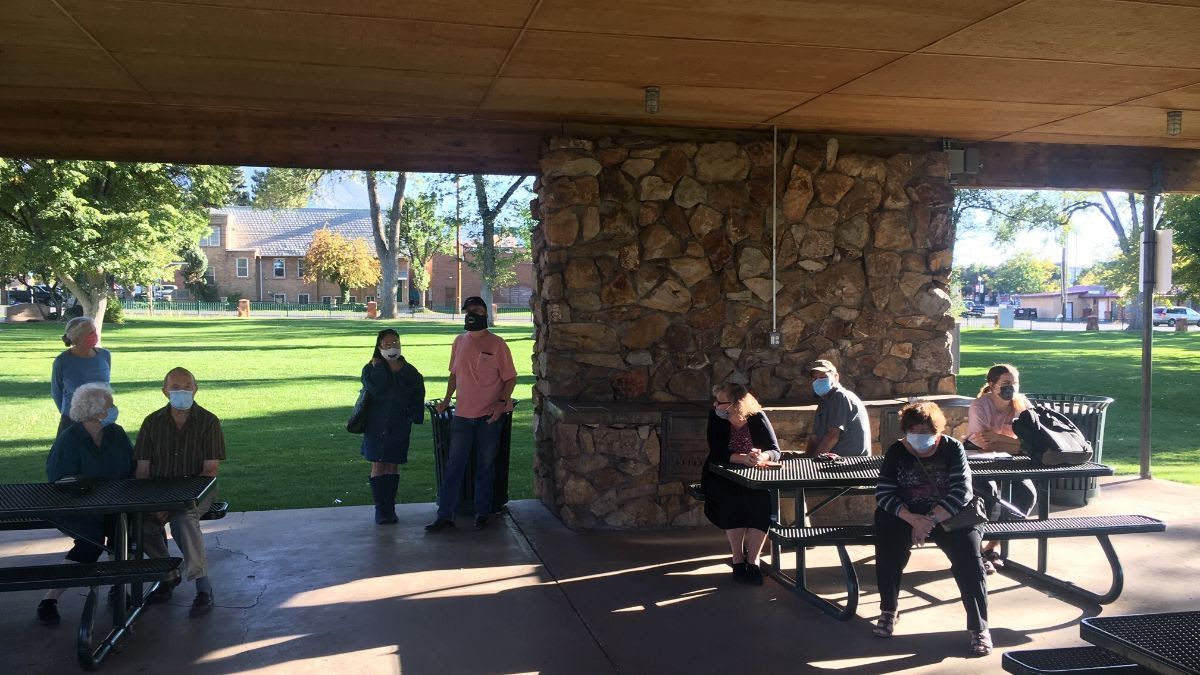 In Cedar City, a voter asked how Democrats could address independent voters’ concerns about fiscal discipline when trillions of dollars are being allocated for COVID-related relief. Another wondered how Ruth Bader Ginsburg’s death and Supreme Court hearings might legitimately push Democrats to pack a future court and/or eliminate the Senate filibuster in 2021.
In Richfield, stalwart Democrats said that residents in the rural county were tired. Trumpism was wearing people out. Whatever the election result, people seemed to be looking for calm. One proudly highlighted a new bumper sticker on her car. So far, it has not received any negative comments. 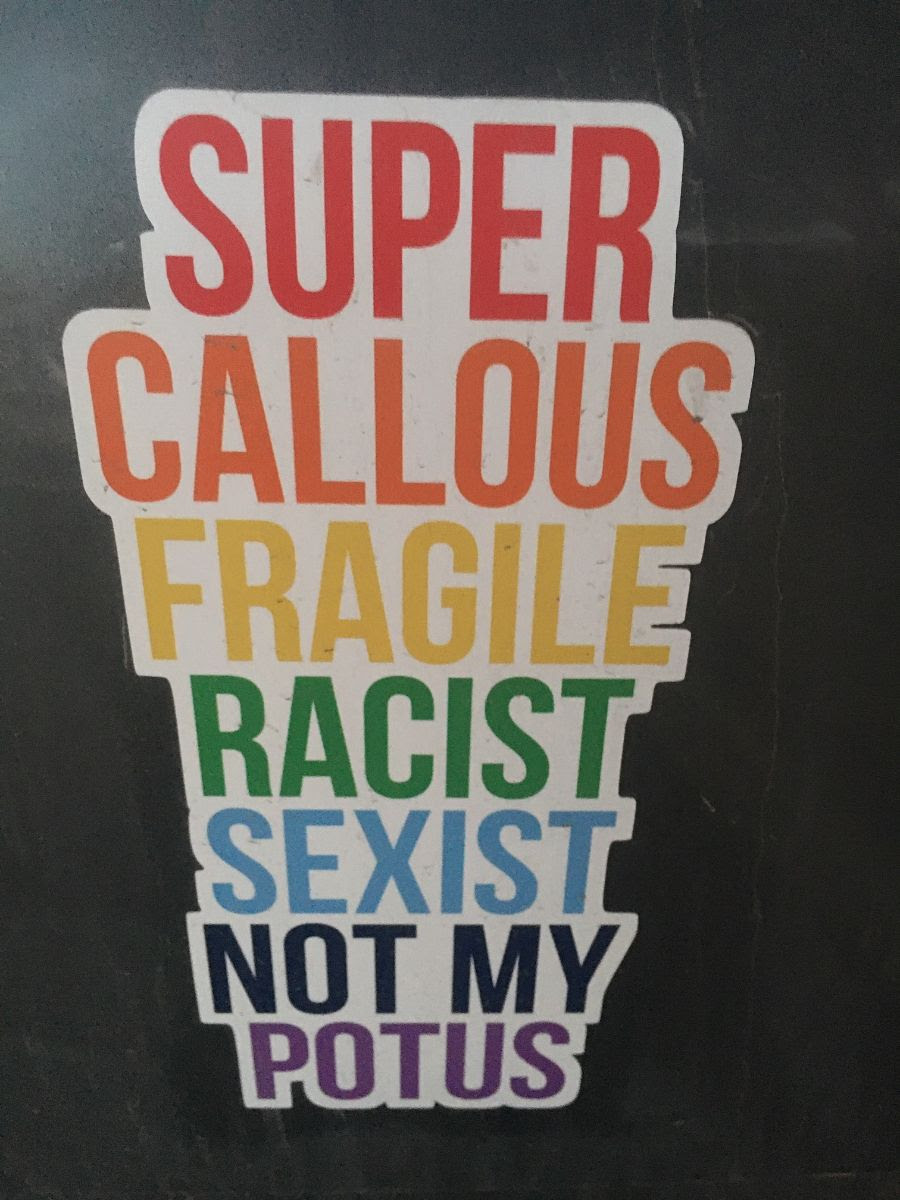 We continue our travels and town halls throughout the district in the next few weeks, south then north. The anxiety among Utahns is real, but so is the activism among Democrats and conscientious voters of all political persuasions. I sense it will be Utah women—rural, urban, suburban—more than any other group, who will help lead the state forward. . . . And our country.