your ballots were mailed today

13 Oct your ballots were mailed today

Today, ballots begin to be mailed across Utah’s 2nd congressional district, all 14 counties-wide, a vast sweep of land that is both increasingly diverse demographically and, without a doubt, politically complex. Blue. Red. Purple. Today, October 13, is an important marker in a long year that has had so many of us looking for a way to get to more national unity and better policies for our families and neighbors.

That begins with voting. Voting early. Voting without delay. Voting all the way through your ballot, from President to judges.

Across the U.S., state election officials have begun to see what appears to be a “Blue Wave” of mail-in ballots despite Trump’s and Trumpists’ intent to suppress the vote. Utah can be part of that wave starting this week. County clerks, in both red and blue counties in our Beehive State, tell us that the earlier they receive ballots, the more likely any problems can be identified in order to ensure a proper tally.

As the Democratic candidate in Utah’s CD2, I will be dropping off my own ballot ASAP, then tracking it online to ensure receipt. I encourage you to do the same. In-person voting Election Day has been discouraged because of ongoing COVID-19 public health concerns.

You can find information about all the candidates on your ballot at Utah’s voter information site.

Or at the election guide sponsored by the respected and non-partisan League of Women Voters: https://www.vote411.org/

I also wanted to share with you a couple of sample ballots that candidates receive from county clerks. It feels real, for sure, when you see your name in print—and, I am glad to report, above my chief opponent’s name. (Ballot order is based on a random formula laid out by Utah’s lieutenant governor’s office.)

One sample ballot is from Salt Lake County (pop. 1.16 million), Utah’s most urban area. The other is from Wayne County (pop. 2,690), one of Utah’s most rural places. Both reflect the diverse spread of geography and voters in a gerrymandered district carved out by Utah’s GOP-dominated legislature to prevent a Democrat, any Democrat, from winning. 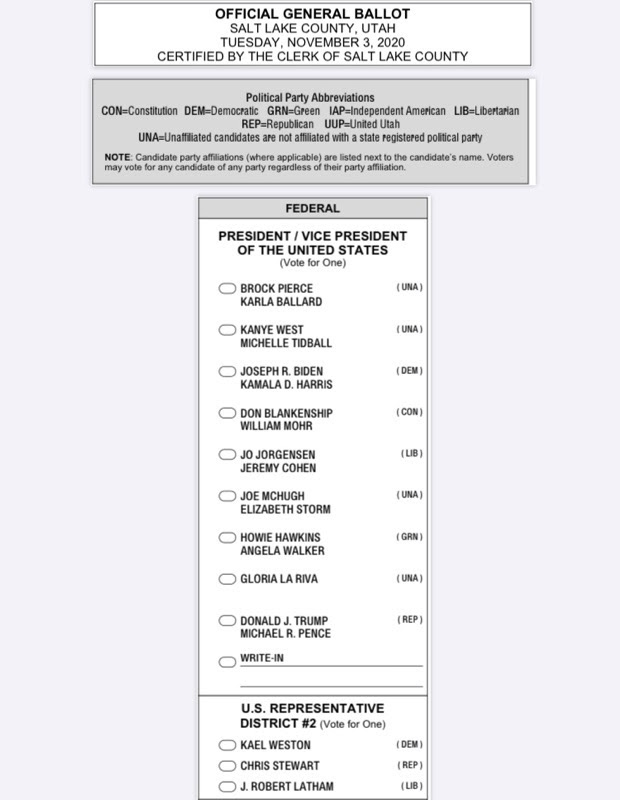 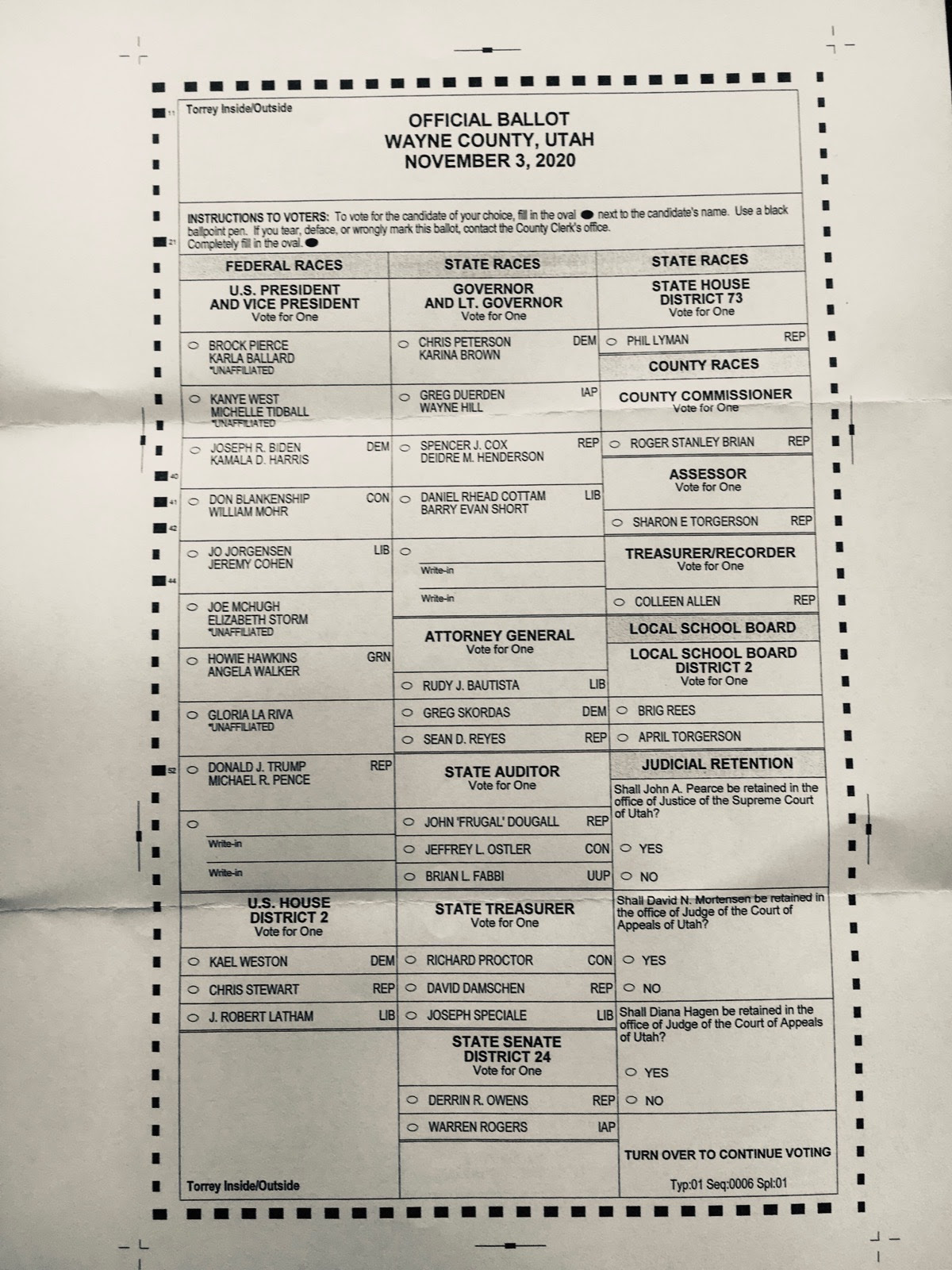 Well, I trust the voters in this district despite being specifically designed to be ultra-safe for an incumbent who refuses to engage voters beyond his Republican base. Unlike Mr. Stewart, I have not avoided the hard places—or the tough questions.

A related personal note: my now-deceased uncle won many elections in rural Utah across three decades. After almost being killed in Vietnam (he enlisted right out of high school), former-Sergeant Chad Johnson put his name on a ballot as a proud Democrat for Beaver County Commission and then made the case. As you can see from this old ballot that had county-wide results recorded on it, Beaver County voters—like much of Utah at the time—used to split the ticket. This year, thanks to the work of iconic former state legislator, Patrice Arent, Utahns can no longer straight-party vote. (Thank you, Patrice.) 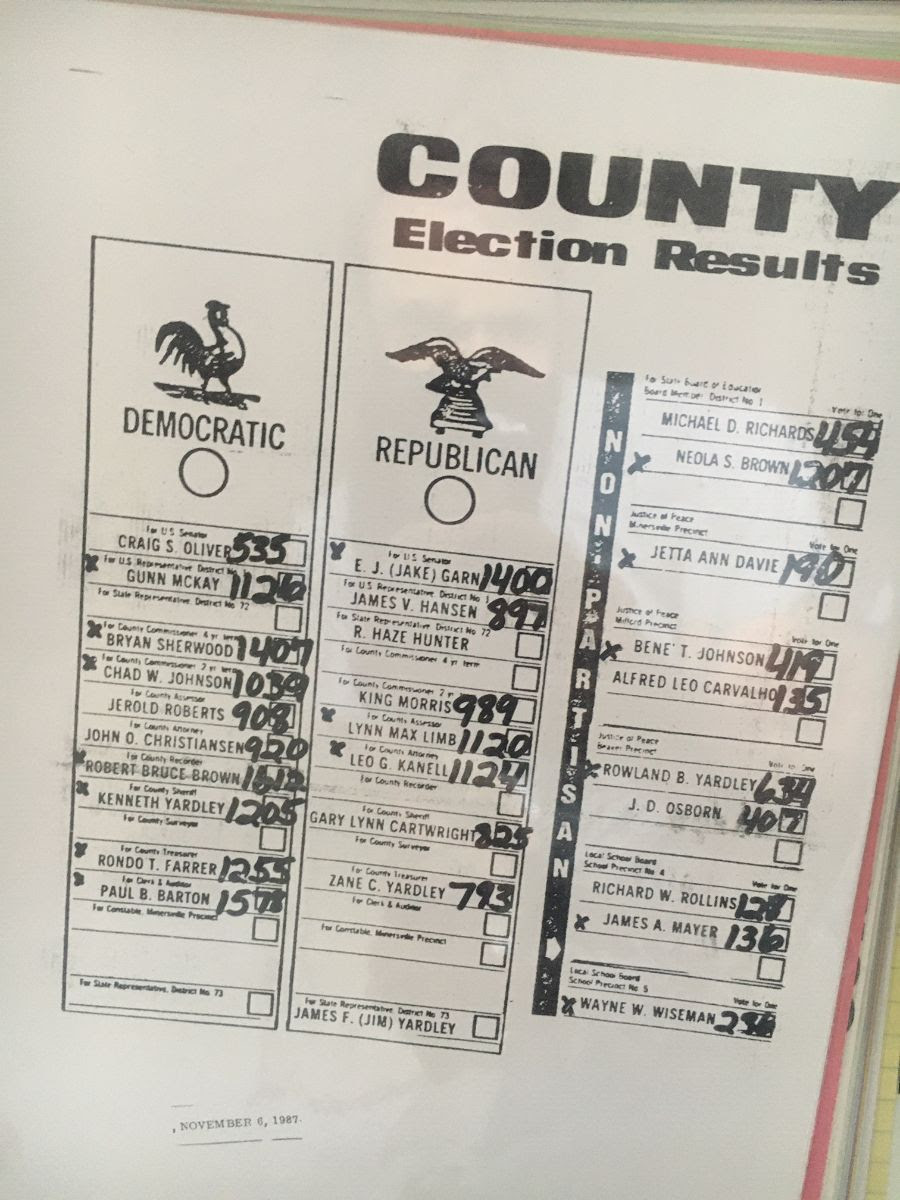 Finally, I want to mention a couple of recent conversations I have had with CD2 residents this week. Both happened at town halls, one on Salt Lake’s west side, the other in Farmington, hometown of Chris Stewart.

Trump got rid of a lot of good people … generals, others with real national security experience. Several minds are better than one, particularly the ones who disagree. Economic inequality is creeping through the middle class. We are headed for more rough economic times no matter who wins. People feel the system is rigged because it is. I was skeptical before attending your town hall, but I’m glad I went. You have my vote. 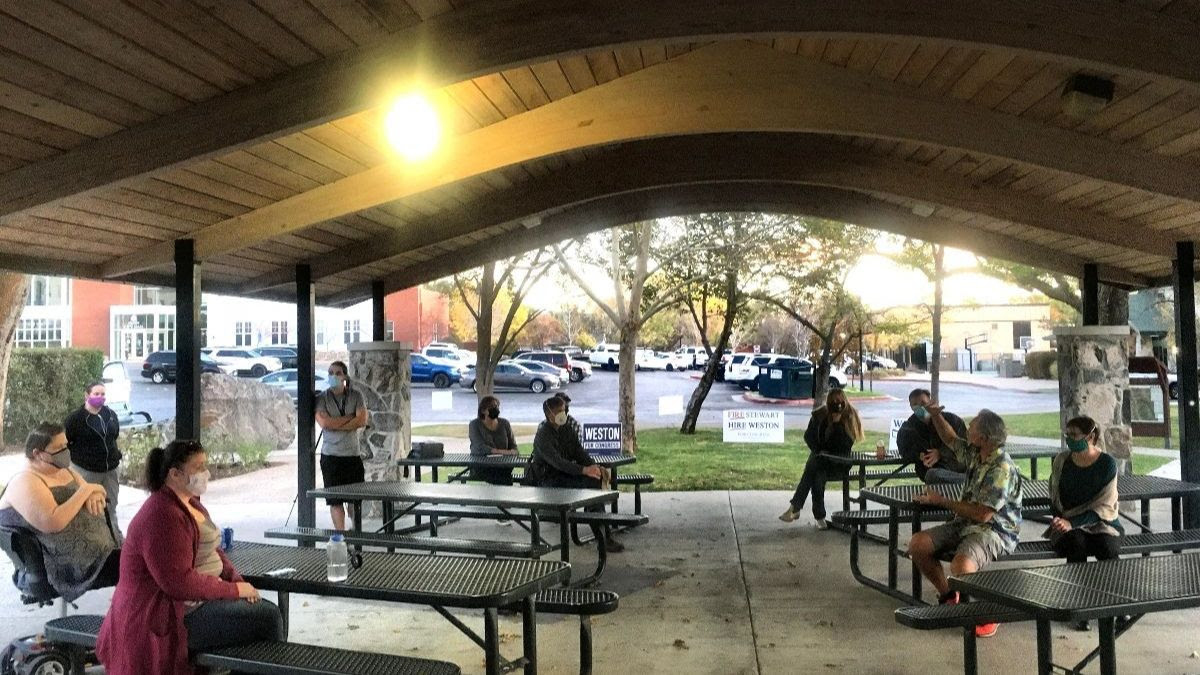 In Stewart’s hometown of Farmington, a voter explained how a failed U.S. healthcare system was leading to the loss of her property and ongoing immense personal strain for the whole family. She stated, with understandable emotion:

Medical debt collectors are forcing us to sell our property this Friday. We can’t switch doctors because any kind of past balance due shows up. Our $200 bill meant no one will see us. We are forced to pay cash for everything. On Facebook, when we try to raise our situation, Stewart will only respond to those who agree with him. 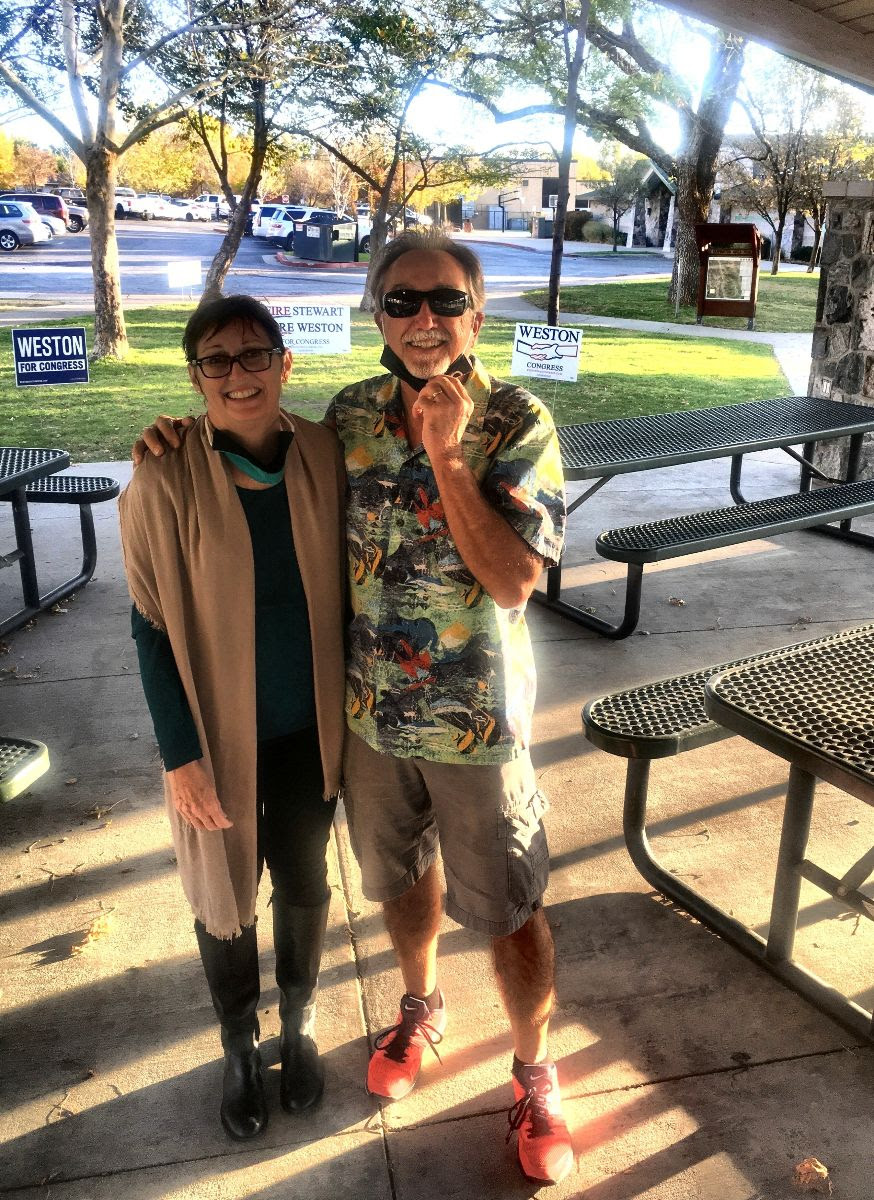 Jan and Randy Hopkins of Farmington. Randy is a former Democratic candidate for CD2. Both are members of the Weston for Congress Steering Committee.

It is going to take all of us—former Trump supporters and desperate Utah families of all political persuasions facing bankruptcy due to medical bills—to get urgent laws passed. We need legislation to help, not further hurt, our neighbors in whichever ZIP Code of CD2 we call home.